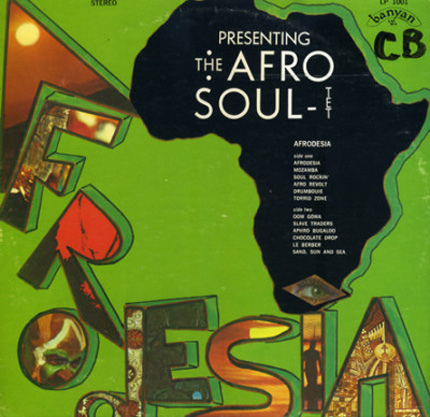 The Afro Soul Tet (short for “Afro Latin Soultet”) were a late sixties Californian soul band that mixed elements of Latin, jazz, funk, lounge, surf, and exotica together into a musical melting pot of styles.  Their LP Afrodesia (originally released on Banyan Records sometime between 1968 – 1971) was recently reissued by Luv N’ Haight Records and has a number of really good cuts that are worth blowing off the dust for.  Chief amongst them is “Afro Soul Revolt,”  a sultry brass-led jazz joint that mixes traditional jazz with some exotic, Middle Eastern-influenced note arrangements.  Its got a terrific sax solo and bass picking that still sounds fresh some forty years after the fact.  Check out the tune below and if you dig it, you can pick up the whole LP from Luv N’ Haight (Ubiquity) here.