Live Review: The Pains of Being Pure at Heart @ Triple Rock Social Club 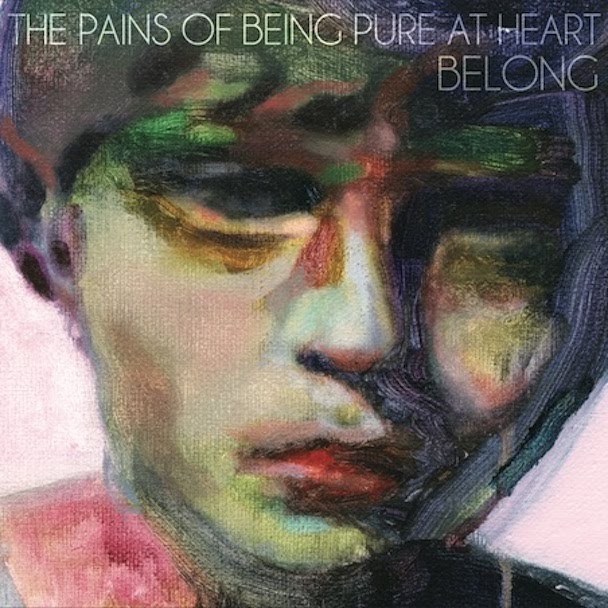 Both playing for first time the Twin Cities, the much buzzed-about Brooklyn bands, The Pains of Being Pure at Heart and Twin Shadow, were greeted to an energetic sold out show at the Triple Rock Monday night. The packed show could have been thanks in part to The Current, who not only put on the event, but have also had Twin Shadow’s “Slow” and Pains’ “Heart in Your Heartbreak” in heavy rotation as of late. The legendary venue proved to be the perfect place for both band’s ’80s-infused music, and made for an intimate and fun show.

With Twin Shadow as the only opener, the night kicked off with a bang. The four piece’s brand of dance-y, synth-driven moody ’80s pop proved to a perfect pairing with Pains’ more straight-forward throwback indie rock. With only one album, the band played through most of the debut record, Forget, during their almost hour-long set. I heard a few people in the audience making hushed remarks about how the band sounds like a happier New Order and they aren’t far off. Frontman, George Lewis Jr., makes continuous nods to British acts like Depeche Mode and his airy vocals are kin to early Morrissey. But while his songs hold that retro feel, they also sound immediate and even fuse together elements of “chillwave.” Some highlights included a few of his whirling guitar solos and tracks like “Castles in the Snow,” “Yellow Balloon,” “At My Heels” and the single, “Slow,” had the audience moving – as much as hipsters move these days. A few members in the audience, as proven by a couple shouting “bring back Twin Shadow” after only one song by Pains, would probably say they stole the show. To some extent, I may have to agree.

Next up were headliners, The Pains of Being Pure Heart, who have been riding high on their much-praised about new album Belong, which shows the band channeling the loud-while-beautiful balance of early Smashing Pumpkins. Without a word the five-piece kicked into their opening three tracks – “Belong,” “I Wanna Go All The Way” and “This Love Is Fucking Right.” The band played a fair mix of songs from the newest album, the self-titled debut and the Higher Than the Stars EP. While Kip and the rest of the band kept the between song stage banter to a minimum, he did have a few quips about our Vikings that got some laughs, musing, “It’s too bad you have to work out your QB situation before next season…you could always just give the ball to AP…that always works, always.” As I mentioned before, I might have to agree that Twin Shadow hit a bit harder than Pains, but that’s not to say the set wasn’t fun and energetic. The band played a very tight set and even though Kip sings in his quiet voice, it still carried over the heavily-reverbed guitars and synths. The only real complaint is that the band, save for Kip, who is actually a pretty fun frontman, was pretty subdued throughout the set. Other than that, it was exciting to see the two up-and-coming bands in a more intimate setting, because the way things are going for both, next time they come through the Cities it probably won’t be at the Triple Rock.

Pains for Being Pure at Heart      Twin Shadow