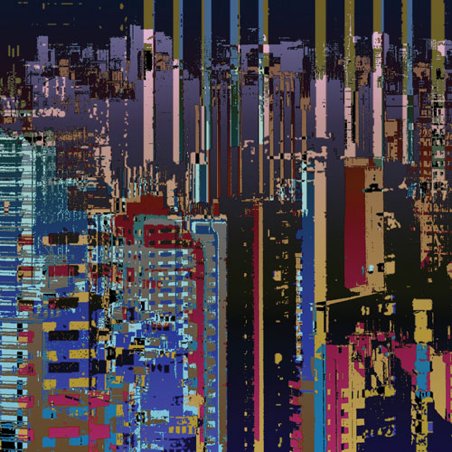 Brian Eno’s new collaborative album with poet Rick Holland Drums Between The Bells comes out on July 5th on Warp.  You can now download a new non-album track though, “Imagine New Times,” which should give you some idea of what the new material is all about.  Drums contains some more musically inclined stuff (see first single “Glitch”) but it also contains a number of tracks that are simply Holland’s words over some of Eno’s icy, minimalistic atmospherics.  “Imagine New Times’ is definitely of the latter variety.
— Jon Behm