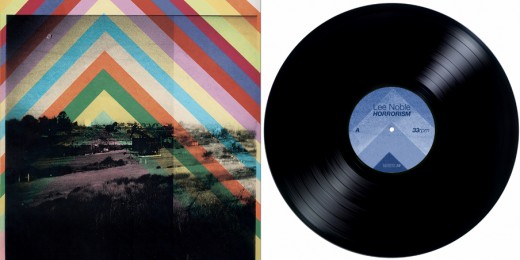 Lee Noble’s label Bathetic Records calls his new full length Horrorism “a vast chasm of introspective churning.”  And to judge by the album’s first single that means densely layered, low-fi, dronepop.  “Your Privilege” is a five minute cloud of sounds that are anchored by Noble’s high-pitched and mostly incoherent mumbling.  It’s a melancholy jam that finds the ability to stir the soul as it floats down a path of ever-shifting sonics.  The full length Horrorism will be available Oct 4th via Bathetic (Pre-order here). You can also check out Noble’s previous tape Our Star, The Sun which was recently released by our local friends at Moon Glyph.

GOVERNMENT SHUTDOWN LIKELY TO BE AVERTED – FOR NOW.

By JENNIFER DEPAUL, The Fiscal Times In a rare bit of good budget news, the White House and congressional Republicans and Democrats are moving toward a stop-gap deal that would avert a government shutdown for two weeks while partially satisfying GOP lawmakers’ demands for deep cuts in current-year spending.

Over the weekend, leaders of both parties signaled that a deal is in the works to keep the government operating for another two weeks while also making $4 billion in cuts to existing programs that President Obama has already targeted for elimination in his 2012 budget proposal. “It is acceptable to me to have $4 billion in savings in a two-week package, sure,” said Senate Budget Chairman Kent Conrad, D-ND., on CNN’s “State of the Union.” The two parties, which have clashed repeatedly during the past few weeks over how much to slash from a $1.1 trillion proposal to fund the government for the remainder of fiscal 2011, have been facing a March 4 deadline to reach an agreement. go to website government shutdown military pay

Democratic leaders said they were “encouraged” by a GOP proposal unveiled late Friday night that would keep the government running until March 18 instead of the March 4 deadline. That will give the two sides more time to negotiate the much deeper cuts that Republicans and Tea Party activists are demanding.

House Speaker John Boehner, R-Ohio, addressed the annual National Religious Broadcasters convention Sunday night and argued against a government shutdown while saying it’s still possible to achieve much greater spending cuts. In his speech, he argued that the spending debate has both moral and economic implications.

“This is very simple: Americans want the government to stay open, and they want it to spend less money. We don’t need to shut down the government to accomplish that. We just need to do what the American people are asking of us,” Boehner said.

In his weekly address on Saturday, President Obama urged Democrats and Republicans in Congress to agree to a short-term federal spending plan. “It won’t be easy,” Obama said. “There will be plenty of debates and disagreements, and neither party will get everything it wants. Both sides will have to compromise.” “For the sake of our people and our economy, we cannot allow gridlock to prevail,” Obama added. “I urge and expect them to find common ground so we can accelerate, not impede, economic growth.” Without an agreement – or a short-term extension of a temporary measure – the nation will face a reprise of what happened in 1995 and 1996 when the federal government shutdown twice during a budget battle between President Clinton and Republican congressional leaders. The House will vote on the proposed spending agreement on Tuesday, and the Senate will take it up after that.

On the Sunday morning talk shows, budget experts weighed in on the potentially dangerous consequences of a government shutdown and large spending cuts. Mark Zandi, chief economist with Moody’s Analytics, said that at the end of the year, the $61 billion or more in spending reductions being sought by Republicans would cost the economy between 400,000 and 500,000 jobs.

“I think it’s premature to engage in that kind of budget cutting,” Zandi said on CNN’s State of the Union. “We can’t do that, I don’t think, until the economy is off and running.” And if history is any guide, a shutdown in the midst of a fragile economic recovery would have huge economic implications. The last two shutdowns in late 1995 and early 1996 lasted for a total of 27 days and cost taxpayers an estimated $1.5 billion, according to a Clinton administration estimate. In today’s dollars, that would be $2.1 billion. governmentshutdownmilitarypay.com government shutdown military pay

Although the government wouldn’t come close to closing down, even a partial shutdown would have a serious adverse impact on federal workers and their families, contractors, military installations and surrounding communities that are dependent on spending by Washington to generate business and tax revenue. There are currently 1.8 million full-time, non-seasonal federal employees, according to the Office of Personnel Management.

A prolonged shutdown could also seriously slam states with large concentrations of federal workers. Cash-strapped California, for example, has the second-largest number of federal employees, with 145,809 workers.

But the shutdown would not affect the operation of federal departments and agencies deemed essential to national security or employees assigned to protect federal property. During the last shutdown, essential versus non-essential services were classified using standards outlined in a 1981 memo from David Stockman, who was the director of the Office of Management and Budget under President Reagan.

In that memo, Stockman defined essential agencies and employees as “those that protect life and property and those necessary to begin phase down of other activities.” Some essential services included: border and coastal protection, continuance of air traffic control, protection of federal lands, law enforcement and criminal investigations, and emergency and disaster assistance, among others.

However, the differentiation between essential and non-essential employees and agencies is a subjective one, and this time around those decisions would be made by White House Budget Director Jacob “Jack” Lew. A very liberal interpretation of the “essential” workforce could help ameliorate some of the pain. “There is a way in which the American people won’t feel the complete loss of government because a lot of services will be deemed essential,” says Max Steir, CEO of Partnership for Public Service, a nonpartisan think tank. “The more that the administration determines is essential, the less impact for the American people. Disruptions to medical research or investments in IT infrastructure wouldn’t have an immediate effect but be felt in the long term.” Still, with the government spending approximately $540 billion annually on federal contracts, the force of a shutdown would be deeply felt, says Alan Chvotkin, executive vice-president of Professional Services Council, a trade organization that represents federal contractors. Chvotkin has been in touch with a handful of companies over the last few weeks who have been sorting out internal contingency plans.

And while whatever is designated as essential services will continue uninterrupted, a shutdown could mean major annoyances for everyday Americans. Based on what happened during the 1995-1996 shutdowns and precedents established by the White House and federal agencies going back three decades, here are examples of what would likely happen in the event of an impasse:

National monuments, including the Lincoln Memorial and the Washington Monument, would be closed, as well as the Smithsonian museums in Washington and national parks ranging from Yellowstone to the Great Smoky Mountains National Park. An estimated 800,000 or more federal workers in the Washington area and around the country would be furloughed. That would include most civilian employees of the Pentagon and at military bases across the nation. Financial, health and welfare services for military veterans would be curbed.

Visa and passport applications would come to a halt.

The National Institutes of Health (NIH) would not admit new patients to its hospitals and research facilities in suburban Maryland. It would continue to treat admitted patients.

Unemployment and welfare checks would almost certainly not be issued for the duration of the shutdown.

Federal bankruptcy court cases would be held in abeyance.