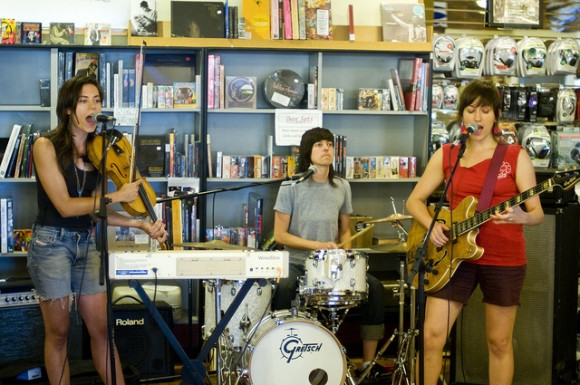 In 2011, Twin Cities trio Brute Heart released the scene’s best (in my opinion) record of the year, Lonely Hunter. While the band’s tune “In Limbo” was not on said record, it was also recorded with LH producer Mike Wisti. And now you can hear it! “In Limbo” will be coming out via a new 7″being put out soon on M’Lady Records (with the added bonus of A-side “Fever”). “In Limbo” is fairly similar to the aesthetic of the last album, however it does seem a bit pared-down instrumentally and features a bit more space for the ladies to flex their vocal muscles. Whereas much of the singing on Lonely Hunter is fearsome and aggressive, “In Limbo” features vocals that are more conventionally pretty.