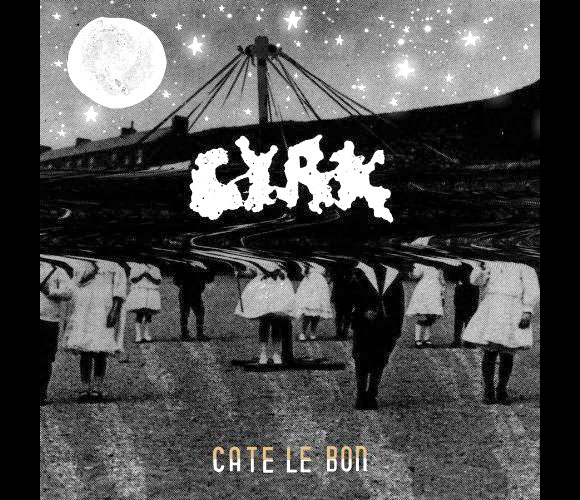 It’s interesting how your expectations can shape your enjoyment of an album. When I listened to Cate Le Bon’s sophomore effort, Cyrk, I did so with a set of expectations. (Or “hopes” might be the better term.) I hoped that Le Bon would pursue an acid-folk direction in the tradition of the ’60s psychedelic Welsh scene that (in part) inspired her (Le Bon is from Wales). Her last record, Me Oh My, struck a fine balance between pop and acid folk, and with Cyrk I was hoping she would do more to tip the scales. Indeed the new record tipped the scales, just not in the opposite direction I was hoping. Cyrk is a collection of pop rock tunes more in the tradition of Stephen Malkmus than Welsh Rare Beat. For a while, this stylistic coup had me convinced that Cyrk was a lesser album. However, free from those oppressive expectations, I might think differently.

While Cyrk may not be as closely aligned with my own tastes as I would like, I have to admit that Le Bon has crafted some pretty fine pop gems.  Synthesizer-driven tracks like the titular “Cyrk” and “Fold the Cloth” contain some incredibly catchy hooks, in addition to enough unstructured weirdness to keep them from sounding conventional. “Julia” even features some pure moments of noise freakout.

Le Bon also seems to have found more confidence with the guitar (perhaps in part to sharing a tour with St. Vincent last summer). Lead track “Falcon Eye” demonstrates Le Bon has the chops to take a strong guitar lead, though she still generally leans on the synths for more adventurous forays. “Ploughing Out Pt. 2” is another good example: aggressive but steady guitar licks over a rollercoaster synth ride.

To my great relief, Le Bon hasn’t completely abandoned acid folk either. Her Nico-esque vocals still give very tune a psychedelic vibe, as do her bizarre and occasionally mystical lyricism. “Greta” drips with dreamy, surreal mood, and Le Bon employs a mix of rambling piano chords, trumpets, and her distinctly unorthodox enunciation to great success. “The Man I Wanted” also hums with a low-key, Velvets-vibe that Le Bon makes her own.

Cyrk may not exactly be the record that I was hoping to hear. For a finely-crafted pop record with psychedelic undertones, though, I do believe it is a success. While my own preference would be to hear Le Bon dive headfirst down the rabbit hole of psychedelic weirdness, I have a feeling that most listeners will prefer it her way. If Cyrk keeps growing on me, I may even eventually be inclined to take that stance as well.

Cate Le Bon will be opening for Veronica Falls on 2/17 at the 7th Street Entry.

Cyrk will be available via The Control Group on 1/17.