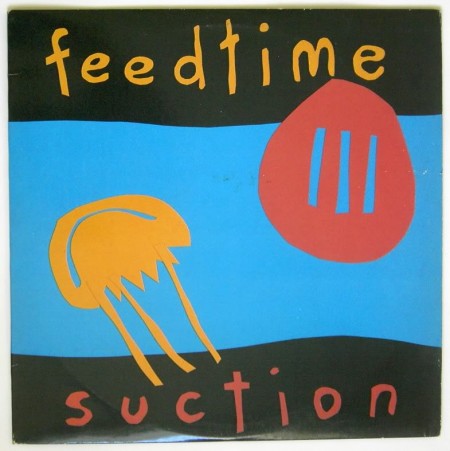 Usually the bands we feature on Flashback Fridays are the ones we’ll never get a chance to see—the bands that quit, died, or simply moved on to other things years ago. But in the case of Australian post punk trio feedtime, whose last album was released back in 1996, the band will be re-forming to play a set at Minneapolis’s downtown Grumpy’s on March 24th. This presents the unique opportunity to hear a relatively little-known yet highly influential band in a live setting—perhaps one of your last chances to do so.

Formed in the late ’70s by Sidney music scene associates Rick and Allen (generally known by first names only), feedtime achieved its final lineup in the early ’80s with the addition of drummer, Tom. The trio played hard, minimalist post-punk that was uproariously contemptuous of pop structures, yet maintained strong undercurrents of melody. It was aggressive and noisy, but at the same time surprisingly danceable. On its surface the band’s was a tidal wave of guitar distortion and raging beats, but the sound was far from formless noise. Perhaps due to being highly influenced by American blues, feedtime’s songs were built on more solidly traditional structures than their instrumental abandon would suggest.

The most critically acclaimed record in feedtime’s catalogue is assuredly their 1986 Shovel LP. However, the band’s overlooked final record on the Aberrant label, Suction, is also definitely worth a listen. The only feedtime record that was produced by Butch Vig (Garbage, Nirvana), Suction has a sonic clarity that gives it a different sound from the band’s previous three records. It also contains classics like “Drag Your Dog” (which features barking), “Pumping a Line,” and “Valve Frank,” not to mention the closest thing feedtime likely ever came to a pop single in “Motorbike Girl.” A cover of traditional gospel blues tune “I’ll Be Rested,” although a complete departure from most of the record, really shines a light on the band’s influences.

Feedtime officially broke up in 1989. They reunited briefly to release Billy in 1996 on Minneapolis’s own Amphetamine Reptile label. Now Sub Pop has plans to re-release the band’s entire Aberrant catalogue in a couple weeks in a 4 LP set (to be released March 13th).  More importantly, though, feedtime will be playing here in Minneapolis in only a matter of days. With one of our scene’s most talented (but often overlooked) bands, Condominium, nonetheless. Come out and hear a little bit of history.