Japandroids "The House That Heaven Built" 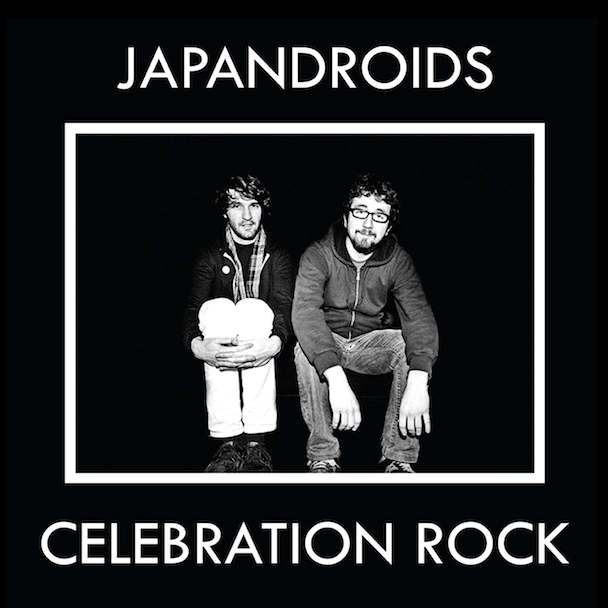 I don’t often find myself listening to, or advocating for, music I would describe as “fun.”  Vancouver duo Japandroids are one exception to that statement, and their overblown, boisterous rock music has been a staple of my rotation ever since I first heard their excellent debut Post-Nothing and saw their wildly entertaining live show.  They are back for round two with the appropriately titled Celebration Rock, and the first single from the record, “The House That Heaven Built,” shows they haven’t lost a step.  Crank up your stereo in your car and blast this one on 11, then get ready for the always great live show as they are coming to the Twin Cities for a show at the Entry on July 3rd.  Hear the new track at the bands Soundcloud page and keep an eye on Reviler for more updates from Celebration Rock as they become available.

Linda Moyer was a veteran English teacher known for pushing her seniors to reach their potential. Colleagues remember the 59-year- old’s tough exterior – she was battling cancer but vowed to get back to the classroom next month – and they knew she had a softer side, too.

And Brianna Lasure, only 29 and a few years into her teaching career, had already established strong bonds with her students. At lunchtime, many of them would crowd into her classroom to talk not only about school projects but family and relationship issues as well.

“The atmosphere among students is total devastation and shock,” high school Principal Jason Marin, who was notified of Lasure’s death Thanksgiving night, said.

“I literally went from standing to on my knees. It was something that I just could not comprehend at first.” When students return to classes today after the holiday break, grief counselors will be available to them.

Moyer, a Strasburg resident who taught reading and English at the high school for more than 33 years, was diagnosed with cancer earlier in the year. Many faculty members remember her as a mentor.

“She was the stable force. She was kind, motherly, stoic,” Julia Harris, who teaches family and consumer science at the high school and benefited from Moyer’s guidance when she started at Pequea Valley, said.

“She always knew the answer or would get it for you,” Harris said. “She was the foundation. You just felt like she was Pequea Valley.” Ginny Kuklewski, the high school’s library media specialist, knew Moyer for more than 20 years.

“She was the kind of lady who was very tough on the outside but awesome on the inside,” Kuklewski said. “She worked really well with all kinds of kids – whether they were the college prep, pushing them to do their absolute best to get them ready for college, or the nonacademic student; she would never let them say, ‘I can’t do that,’ and pushed them on.” Moyer did not teach this year, but insisted to her fellow teachers that she would be back. “She had hoped to come back in January. Up until probably the last month, she kept saying, ‘I’m coming back in January,'” Kuklewski said.

Moyer was chairwoman of the English department and had been the junior class adviser for 25 years.

Lasure, of Akron, taught computer science and was a cheerleading coach at Pequea Valley High School. The Stoystown native was in her third year of teaching at Pequea Valley.

Lasure died of injuries she sustained in a Thanksgiving Day vehicle accident on Route 30 in Bedford County, near Somerset, according to The Tribune-Democrat newspaper of Johnstown. here 2002 honda civic

Lasure was traveling to her family’s home in Stoystown when she apparently lost control of her 2002 Honda Civic on a curve. Her car crossed the centerline sideways and was struck by a Ford pickup truck just after noon. The cause of death was blunt-force trauma to the upper torso.

Lasure was a graduate of Indiana University of Pennsylvania and had taught at Pequea Valley since 2006.

Kendall Hogg, a 2008 grad who is now a freshman at Messiah College, was a friend of Lasure.

“She was just so easygoing,” Hogg said. “She was understanding of every situation you could be in. It was so easy to go talk to her about problems you were having in classes and relationships.” During her junior year, Hogg began eating lunch with Lasure to talk about schoolwork. By the following year, the two were eating lunch together every day.

“She was one of the only teachers who would sit down and be your friend,” Hogg said. “By the end of my senior year, there was a whole group of us going to her room for lunch. We would talk about everything – our family situations, the different problems we were having with our friends. She was amazing.”