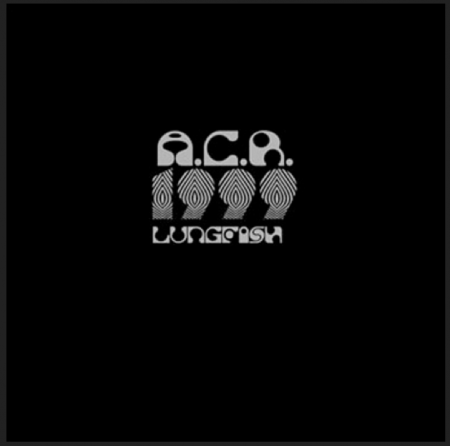 Even during their existence Lungfish stood apart from the rest of their Dischord label mates.  They hailed from Baltimore, not DC, they lacked the nervous urgency of the bands from the capital, their music was generally slow & hypnotic, but also ecstatic and uplifting; they were a profoundly psychedelic band in a decidedly non-psychedelic era. Lungfish seemed to exist outside of time.  A typical song was based around a simple, haunting, almost Eastern pattern played with tribal ferocity.  The albums were cryptic missives from some other world.  Higgs always the shaman, intimidating, impressively bearded and seeming crazed, pulling at his fingers as he howled about cosmic dread, though his stage patter was usually funny, if a bit weird.  The rest of the band played with head down focus, driving these songs right into the middle of your skull.  I saw them on a bill in the middle 90s with Gas Huffer of all bands and Lungfish didn’t even seem like the same species much less a rock band.

This new release, ACR Sessions 1999 chronicles the band’s first attempt at material that would mostly end up on 2000’s Necrophones.  It represents Lungfish at their most anthemic and straightforward.  In contrast, most of the ACR sessions takes are bit fuller sounding, but I can’t tell if that is the recording or mix, since the structure of the songs and performances are nearly identical.  We do get the original, electric take of “Sex War” and “Occult Vibrations” features a clean vocal rather than the distorted and slightly buried vocal that appears on Necrophones, plus four unreleased songs (though still no version of “Armageddon”, check Youtube for that).  It is amazing to think that a band as prolific as they were, an album a year for six straight years, still manages to have high quality unreleased material in the vaults.

The new songs are fantastic, so good you can hardly imagine a band casting them aside.  “Symbiosis” thunders away like a ship driven over crashing waves by Nathan Bell’s taut bass line and “Screams of Joy” is the acid-drenched hit of this or any summer.  Seriously, both of these tunes are classic level slabs of Lungfish noise, the only reason I could imagine for discarding them is they are almost too Lungfish-y.  The churning, repetitive rhythms, the clanging guitar, the impossibly strange lyrics issued in Higgs’s throaty baritone.  And it makes me wonder if the reason these recordings were originally scrapped is that they were too similar to the material on the records that had come just previous, namely The Unanimous Hour and Artificial Horizon.  Because none of this is bad by any stretch of the imagination, but Necrophones would end up being a bit more varied, little stranger and sadder then what is represented on ACR Sessions 1999.  Like the recent issue of the original Bat Chain Puller album by Captain Beefheart, it is fun to imagine an alternate reality where this was released instead of what was, at the same time I wouldn’t want to give up one in place of the other.  Not held in as high regard by some fans, I personally love Necrophones and listening to the different takes side by side couldn’t decide if I preferred one over the other.

In spite of the current clamor for reunions of bands great and small Lungfish has remained silent.  Higgs and guitarist Asa Osborne are still making music, with Skull Defekts and Zomes respectively.  Maybe this new release will direct people to dig into the rest of their excellent catalog.