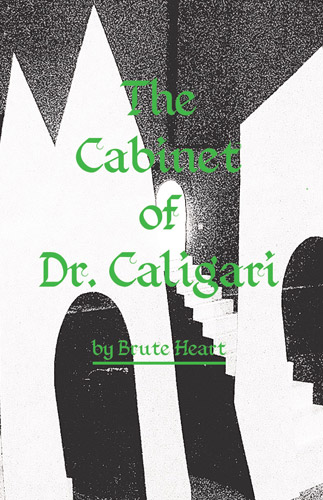 A warm summer night near the end of a fading Minnesota summer.  A classic (although, frankly kind of confusing) 1920 silent noir film projected onto a giant screen at the bottom of the hill.  A crowd of thousands creating a natural amphitheater on the large grassy slope outside of the picturesque Walker Art Center in Minneapolis. Music and film fans of all ages melted into their blankets, creating a sea of bare feat, dogs and coolers of beer.  And Brute Heart.  The trio (augmented by two others that night), played their soundtrack for the silent film for the first time, taking a night already teetering on the edge of sublime and careening the crowd into sonic nirvana with their hypnotic, lushly orchestrated, sometimes spooky lullaby of a soundtrack. I will readily admit to laying back, ignoring the movie, watching the clouds and feeling the waves of music wash over me as the bands eerily enchanting music breezed gently through the night air. After recreating their performance (with puppets!) at the Cedar, the group have finally released their soundtrack as a cassette on Moon Glyph, something that I have been hoping would happen ever since first hearing their creation. You can tell below by two tracks from the release that the music stands alone as a commanding piece of work, showcasing the unique abilities of Brute Heart, even without syncing it up to the movie (which is cool and is highly suggested). It was an amazing night and one that was a highlight of 2012 for me, but even if you missed it, don’t let that stop you from grabbing this tape and diving in to this outstanding album.