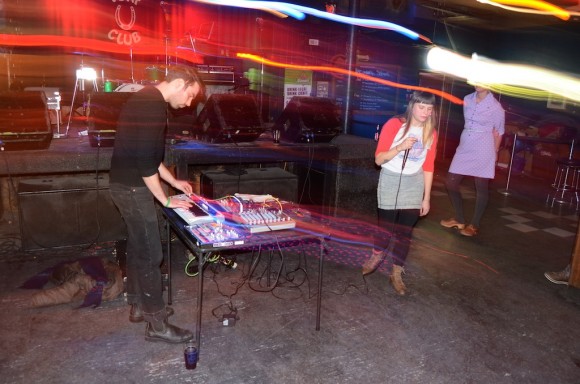 Everyone from Bill Callahan to Alan Sparhawk is getting in on the dub craze that’s sweeping the nation! Well, not really, but it certainly does seem like lately we’re hearing dub from some unlikely places. The most recent being local trio Beat Detectives (Chris Hontos, Aaron Anderson and Oakley Tapola) who have a new dub single “Guaca Road Dub” available through the Night People soundcloud site. No word on whether it will be featured on the band’s (out today?) cassette release Music…About Time. It would be nice if it was though because it’s a great track – consisting of a hypnotic bass “riddim” accompanied by a number of electronic flourishes. Tapola’s vocals don’t seem to be present anywhere on the track, so this might be considered more of a Hontos’ solo jam. I am not going to make any promises but I am willing to guess that the new Beat Detectives tape might be available (with or without this track) at Eagles Club next Saturday (12/14) where the duo has a show.  Should be a solid one so put it on your calendar, and put Beat Detectives on your radar if you haven’t already.