PaviElle: “Be Right There” (And Upcoming Show) 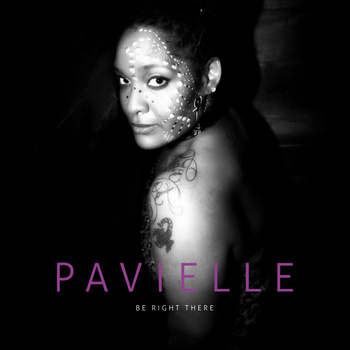 St. Paul’s PaviElle French is a young singer with an old soul – 70’s inspired soul specifically.  The singer emulates 70’s R&B/Soul artists like Chaka Khan and in her music seeks to “[honor] the black aesthetic in soul music,” which she fears isn’t something a lot of younger artists care about this day and age.  And she makes for an excellent torchbearer – French is blessed with an incredibly dynamic voice, which she has honed over the years as a singer/spoken word poet in Khalil Queen, Everyday People, and as an early member of EduPoetic Enterbrainment). French recently recorded her solo debut record Fear Not under Casey O’Brien’s production (O’Brien also plays bass, and Ted Godbout, Nick Dodd, Ahanti Young, Bryan Highhill, and Tony Beaderstadt round out the studio band, respectively).  You can listen to a single off the record below, and check out French at the Icehouse this month where she will be performing on Wednesday the 19th.  Fear Not has no release date as of yet, but should be out this coming Spring.