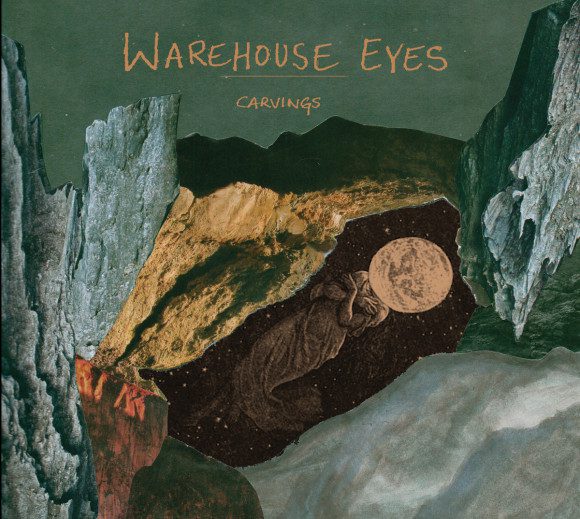 I am pretty impressed with Carvings, the debut EP from local quintet Warehouse Eyes. Though they don’t have much mileage under their belts yet, the band has managed to put together a great batch of dreamy pop songs.  It’s short, but it’s also pretty obvious that there isn’t any “filler.”

The most prominent thing about Warehouse Eyes’ sound is lead singer Jennie Lahlum’s voice – she leads all four of the EP’s tracks with a velvety purr while also doling out melancholy tunes of the synthesizer.  Less flashy but equally important, the rest of the band fills out Warehouse Eyes’ full, encompassing sound.  Christopher Williams backs up Lahlum on vox and keys/synths (the duo are also partners and are currently engaged). Kevin Scott plays the bass – most noticeably making up a large part of “Lullabye’s” soporific beat.  Jay McGlone makes for a good rhythmic counterpart to Scott on the drums.  And rounding them out is Colin Sheffield on guitar.  Throughout most of Carvings Sheffield plays with tasteful restraint but he gets a little room to flex (as does the rest of the band) in the standout EP closer “Give Me Light.”

You can currently stream Carvings in its entirety below (or over at the band’s bandcamp page). I highly recommend you do so as it’s a pretty tight collection of songs. You will also have a chance to hear the band live this Thursday at Icehouse (free show).