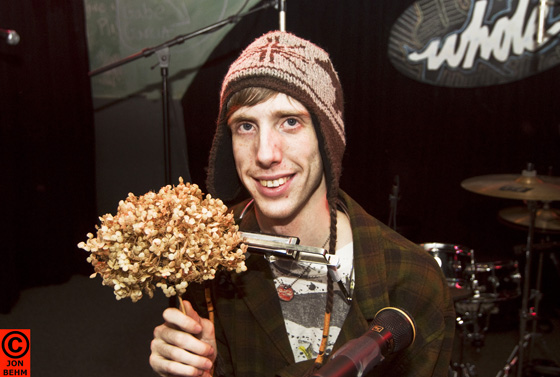 Bradford Cox is nothing if he isn’t prolific. The singer/songwriter will be back in 6 weeks playing two shows with his band Deerhunter opening for Spoon, but Wednesday night he came to The Whole Music Club in Minneapolis to play a show under his solo moniker Atlas Sound with up and coming local group Paragraphs.

The night got off to a great start with a solid set by Paragraphs, who recently released their excellent debut EP You Can’t Make a Ghost Without Its Sheet. The three piece post-rock group really fleshed out their epic instrumental music in the live setting. The music contained the same emotive and powerful quantities of their album while really adding different layers to the tracks. They cut the tension of their dramatic songs by jokingly telling the audience that they could feel free to dance. Using just guitars, keyboards and drums, the group proved that the hype garnered from their first release is well founded and showed again why they are a band to keep your eyes on.

Atlas Sound may sound large on record, but live it was just Cox sitting with an acoustic guitar and some effect pedals at his feet. The harmonica he used on many of the songs helped add to the feel of a more stripped down version of the songs from an artist notorious for creating layer after layer of lush soundscapes. He was funny throughout the informal set, saying at one point nonchalantly that he had an “interesting life,” telling a story about jerking off to Liz Phair and introducing a new song as “Long, sad and boring.” That new song he was introducing was two of the three, but like most of the set, it was far from boring. I enjoyed hearing songs like “Walkabout” and “Criminal” stripped pretty much down to the bones and hearing the undeniable talent that Bradford possess. It seems that it doesn’t matter which moniker he performs under, Cox proves each time to wow me with his great songwriting and constantly evolving ideas that always seem a step or two ahead of what most artists are trying. 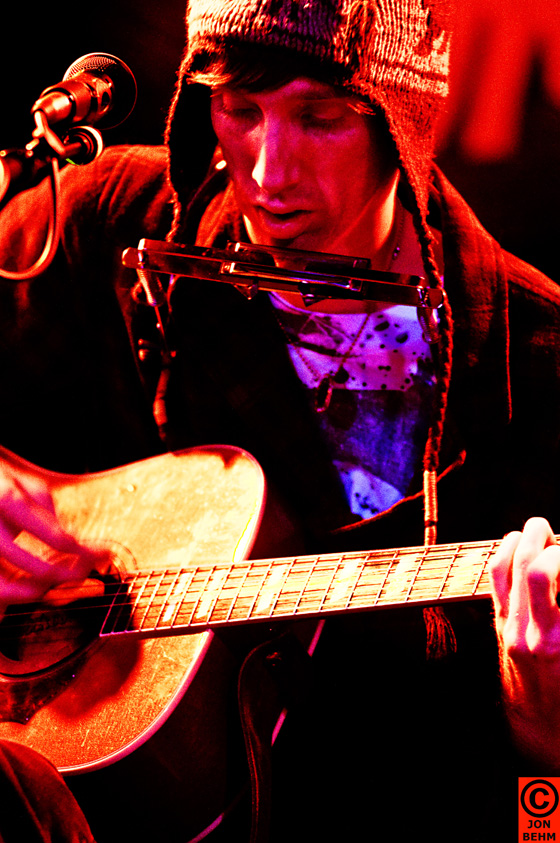 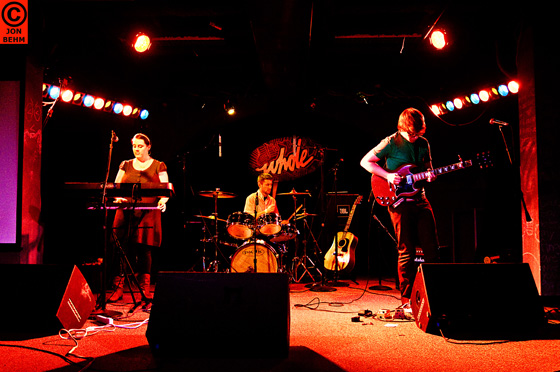 Bangor Daily News (Bangor, ME) August 6, 2005 | SHARON KILEY MACK; OF THE NEWS STAFF PITTSFIELD – Alongside of a local dirt road, sitting at the edge of a cornfield, is the partially restored shell of a 1969 Dodge Charger.

Now, some of you may not instantly recognize the significance of that model car, but the faithful, well … they know the General Lee is in town.

The General Lee is the most famous television car of all time – a classic 1969 Dodge Charger with a distinctive orange paint job and black-and-white 01 on its doors – now being immortalized again in “The Dukes of Hazzard” movie released this week.

Emery Pratt is one of those faithful, having searched the back roads, junkyards and used car lots of Maine for years for an authentic General Lee. His search ended in Charlotte, N.C., earlier this year, and he already has put more than 250 hours into the restoration of his General Lee. Pratt estimates it will take an additional 600 hours before it will be in its original 1969 condition.

While the restoration expert is working on the car, however, it already has become a tourist attraction.

“People keep stopping by and taking their pictures with the car,” Pratt said Friday. “I don’t even know how they are hearing about it.” The General Lee was one of the stars of “The Dukes of Hazzard” television show from 1979 to 1985. Driven by cousins Bo and Luke Duke as they eluded a country bumpkin police officer in the Deep South, the car was famous for its stunts, and Emery said Warner Brothers used more than 400 Dodge Chargers during the series’ filming. 1969dodgechargernow.net 1969 dodge charger

Pratt – who definitely is one of the faithful – grew up watching the series.

“The first time I sat on my parents’ living room floor and watched that car fly through the air, I was hooked,” he said. “This is all about the good old boys. The Dukes had no jobs, yet they always had gas money. The sun was always shining – it never rains in Hazzard. And the rowdy boys always won out over The Man.” With the release of the new movie this week, all things Hazzard have become more popular. “There is a whole new generation of fans out there,” Pratt said.

“Regardless of how you feel about the movie, whether you love it or hate it, it was always about the car,” he said.

Don’t think there is interest out there? Try doing a Google search on the Web for the General Lee – the car, not the Civil War general – and you get 31 million hits, including one site that provides 31,100 pictures of the car in action.

Visit eBay and search for Dukes of Hazzard memorabilia. There are 28 pages of items for auction or sale, including four cars with price tags up to $49,000.

And that is exactly where Pratt found his original 1969 Charger – on eBay. After bidding for a week, Pratt won the car for $1,550 and drove to North Carolina to pick it up.

There he found it, with the traditional General Lee paint job – minus its engine – sitting under a tree, where it had been for 20 years. “It had moss growing on it,” Pratt said, “but that orange color was just calling me.” Pratt said the owner had purchased the car in Georgia in the 1980s and said it was one of the original cars used in the Dukes pilot episodes, which were shot in Georgia. “Of course, we have no way to prove that,” Pratt said.

The vehicle was loaded on a trailer, and Pratt began what he called “the most unusual road trip home ever.” The first stop was a Hooters restaurant for dinner, where the place emptied out and even the waitresses climbed on top of the General Lee for a photograph. go to web site 1969 dodge charger

“After that, even if I stopped for gas, people wanted their picture taken with the car,” Pratt said. “Once when I stopped for soda and went inside to pay, there was no one there. They had all gone out to see the car,” he said. “When we passed cars on Interstate 95, little kids had their faces pressed into the windows with their mouths hanging open.” When he stopped in Connecticut at a car show, he returned to his vehicle to find the General Lee covered with notes from potential buyers. Even those that he outbid on eBay have offered him double his money.

“I’m not selling,” he said. “I’ve waited for this all my life.” As he spoke, his children and nephew, dressed in Dukes of Hazzard attire, were crawling through the General Lee.

“We’re going right now to buy the fourth season” of the “Dukes of Hazzard” show, announced Emily Pratt, 5, dressed as Daisy Duke, the female lead in the show and movie.

The Pratts were headed Friday night to Waterville to see the new movie. But even if they are disappointed in the film, Emery Pratt said it won’t matter.