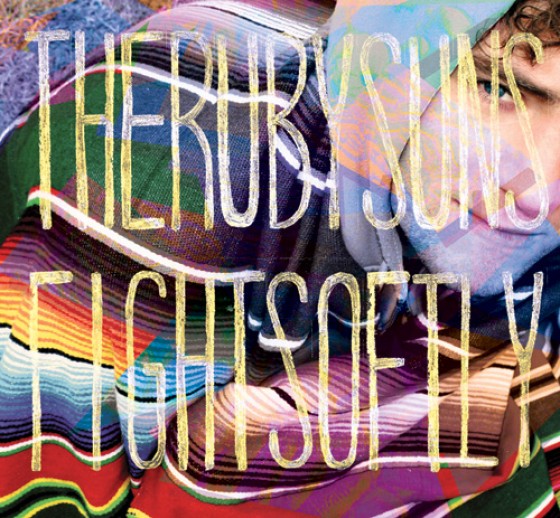 Initially after listening to The Ruby Suns’ Fight Softly I was a little irritated – I mean, how many chilled out, electro/dream pop albums is too many? It seems like enough music has been produced in the last year alone to soundtrack psychotropic beach parties from now until the end of time. After a few more listens though I have come to terms – while I am not a huge fan of the album I think that it has its own relatively unique place in music – somewhere on the graph near where Yeasayer and Animal Collective collide (except with poorer production value). I do tend to gravitate more towards Fight Softly’s bigger beats though like “Cranberry” and “Haunted House.” Some of the meeker songs just seem completely ignorable. Maybe if this had come out five years ago I would cut it more slack, but these days there is just too much better produced music in this genre for me to recommend that anyone waste their time with this stuff.

Merriweather Post Pavilion, meet you tropical cousin. New Zealand band The Ruby Suns are back with their second full length album for Sub Pop, the more electronically influenced Fight Softly. While I am a little disappointed they took the road more traveled (i.e less guitars and more electronic flourishes), I still think the end result is a really good product. They kept the world beat, sundrenched influences from their last LP, Sea Lion, but really took a left turn as far as the dynamic of the record is concerned. Tracks like “Cinco,” “Cranberry” and “How Kids Fail” shows the band at their bombastic best and really do a good job of mixing their sly pop sensibilities with their newfound hazy beat making skills. While the positive, sunny spirit seems to still be there from their previous recordings, the band has unsurprisingly lost a little bit of their charm by adopting a more processed sound. While I do enjoy the album and think it is solid from start to finish, I can’t help but wish they had further explored the more organic sounds from Sea Lion instead of making yet another fuzzed out electro album, which we need about as much as we need more reality shows.

Sounding like the bastard child of Hot Chip and Animal Collective, New Zealand’s Ruby Suns have carved out a unique and infectious sound on their third album (their second for Sub Pop) ‘Fight Softly’. The album is awash with luscious dreamy melodies and dual harmonies layered over top a bed of electronic beats and glitchy synthesizers that often invoke some of the warm/sunny vibe of their native homeland. While their songs are incredibly catchy, the melodies are much more subtle and less sugary than a band like Hot Chip, making for a more interesting and rewarding listen. The album is a marked improvement upon their already strong yet small catalog, and as a result are on my radar much more than before. Lastly, while the band didn’t impress me all that much live while on tour with The Dodos last fall, it’s clear to me that they’ve figured out their craft in the studio quite well, so one can only hope they’re able to translate their recorded material better live in the future.

The first time I attempted to listen to this album, I thought, “Wow, a combo of The Knife and Hot Chip! Two of my favorite guilty pleasures! This ought to be good!”…But then I had to shut it off and go listen to Hot Chip for REAL to get these songs out of my head. They could not keep my attention, with too much ambient noise for my liking; yet the tracks still managed to bore their way into my skull, and I found it maddening.  I spent the next few days thinking of clever and cruel things to write, thinking I had my first completely negative review, but then I gave it another listen, and found that a lot of the songs grew on me. I stand by my opinion that they sound like they have influences from Hot Chip, but additionally they seem to have the somewhat mellow tone you can find listening to some of Yeasayer’s music.  Forget what I mentioned about The Knife earlier, as my later impressions of  Ruby Suns does not remind me of the Swedish duo at all anymore. However, to my amusement, and hopefully yours, the track “Cinco” sounds like what I would expect to hear if Ace of Base and Hot Chip were to breed and create song babies.
Overall, this album is nothing special to me. There are a few songs that will come in handy to listen to while I wash dishes or other random chores, but I don’t feel like it is anything to write home about.