Anita Lane: A Prison In the Desert 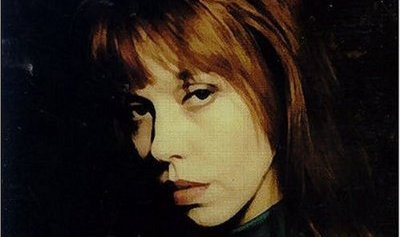 I just watched director John Hillcoat’s difficult to find film debut Ghosts…of the Civil Dead the other night.  The movie is notable for its grim take on institutionalized violence, a cameo by Nick Cave as a deranged psychopath who paints walls with his own blood, as well as the Anita Lane song “A Prison in the Desert,” which was undoubtedly written expressly for the film (which is about a prison in the desert).  While Lane is best known as Nick Cave’s onetime girlfriend/muse, she also released a number of albums as a solo artist including her debut Dirty Pearl, on which this track also appears.   “Desert” features ominously sawing strings, flat whistle squeeks, and chugging industrial background noise – a score that sounds remarkably like a Dirty Three instrumentation.  Most importantly though it also contains Lane’s ethereal howling/whispering vocals, which due to her babydoll voice sound a bit like the ravings of a mentally disturbed child.  Its a pretty intriguing tune for any fan of moody, somewhat frightening music.   Unfortunately at present day Lane appears to have disappeared from public life altogether.

Anita Lane – A Prison In The Desert

Tags: anita laneghosts of teh civil deadmp3prison in the desertsong