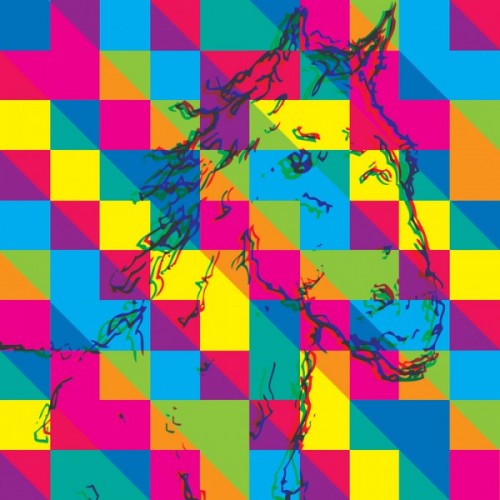 And the award for most cringe-worthy band name ever conceived goes to: Dale Earnhardt Jr. Jr. (I mean, come on, at least name it after someone righteously awesome like Ken Griffey Jr. Jr.) Although the Detroit-bred duo’s namesake and promo pictures of them dressed NASCAR uniforms with awkward racing helmets may give listeners the initial impression that the two are a couple of pranksters, they are really anything but. I get it, NASCAR is the most popular “sport” in America (sigh), but Dale Earnhardt Jr. Jr. does everything but cater to those in that, well, far from indie crowd. Earnhardt’s sound throughout the four track EP is very eclectic, but not to the point of mindless meandering. Whether they are diving into reggae-esque rythms, toying with xylophones and horns, brushing with folk influences or executing smooth harmonies, Dale Earnhardt Jr. Jr have delivered with precision on their debut EP.

The band’s first single, the mellow rocker “Nothing But Our Love,” is one of my favorite singles to come out so far this year. The soothing vocals against the light string work and bassy synths is pure bliss. And the lyrics show a duo who is also keen on packing the emotional punch with lyrics that read: “It’s easy/Your love is easy/And I get more than I deserve/Maybe everyone has someone/And we get more than we deserve.” The soaring chorus on “Vocals Chords” is reminiscent of 70s rock or R&B accented by a chugging bassline, whistles and horns. “Simple Girl” is easy going tune guided by its folk pucks, whistles, horns and thumping bass kicks. It’s obvious that the band’s sound is influenced by several decades and genres from everything to twee pop, to folk, to electronic to 70s radio rock and soul. On a debut release, it’s probably not the best decision to take on one of music’s most legendary producers/arrangers in Brian Wilson. I would normally say it’s a no brainer because of how jammed packed the Wilson originals are, but the two are able to breath new life into the Pet Sounds classic “God Only Knows” by adding their own mix of layered reverb, whooshing sythns and Mariachi-styled strings. Then again, I can’t never argue with Beach Boys in summer heat.

I really I hate to end this review by prying at these guys because of their choice in band name. After all, their music more than speaks for their abilities at crafting pop gems, but a name change couldn’t be out of the question could it? Here are a few off the top of my head: Sammie David Jr. Jr., Martin Luther King Jr. Jr. or Robert Downey (sniff sniff) Jr. Jr. Okay, I get it now, Dale: I’m going to go catch up on some epic NASCAR crashes on YouTube while listening to these blissful pop numbers. Regardless of how I feel about the whack-as-fuck, car-go-fast NASCAR circuit, I’d hang with Dale Earnhardt Jr. Jr. any day. This short four track EP gives me high hopes for the band’s future and debut LP that drops sometime in the fall.

You can catch Dale Earnhardt Jr. Jr. at the 400 Bar on September 3