Swans: My Father Will Guide Me Up A Rope To The Sky Review 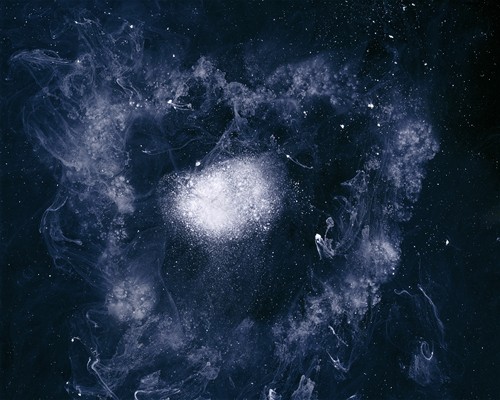 When Michael Gira broke up Swans almost 15 years, he cited the music industry and people’s preconceived notions on what the band should sound like as major factors in the break up of the band. He went on to form the quieter Angels Of Light and regularly insisted that Swans would never get back together. Last year he changed his mind, bringing back players from different eras of the band’s original existence, including original guitarist Norman Westberg to reform Swans. “THIS IS NOT A REUNION” Gira stressed in a press release, “It’s not some dumb-ass nostalgia act. It is not repeating the past… If you have expectations about how Swans should be, that’s your business, but it would be a disservice to both of us if I were to make music with your needs in mind, and the music would certainly suffer as a result.” Thankfully for us, Gira carries through.

The album opens with the sound of bells ringing in the background before launching into the off-kilter stomp of “No Words/No Thoughts”, which is also the longest track on the album, coming in at nearly 9 ½ minutes. Drums start to stomp on and off, and noises buzz in the background as the whole piece crescendos, until dropping off into a single drone as the single guitar picks up behind it. Percussion and bells fill the background until a snare march kicks in, and Gira’s vocals finally kick in after the 4-minute mark. The album immediately steps back in volume with the next two songs, the gentle folk of “Reeling The Liars In” and the almost waltz of “Jim”, until kicking back into full force with the pounding “My Birth”. The album’s centerpiece features a guest appearance from Devendra Banhart, the mandolin driven “You Fucking People Make Me Sick”. Banhart’s voice works well with the band, a simple sing-songy tune in which his lyrics are later echoed by a child (Gira’s 3-year-old daughter) until it abruptly stops in a sea of pounding pianos, drums, and horns.

“Eden Prison” is a highlight, it immediately kicks the album back into a more classic Swans stomp with a repeating rising guitar line from Westberg. The song reaches its thundering mid-section stacking instrument upon instrument into the stomp before dropping back into the original. “Little Mouth” closes out the record with another acoustic-based number with backing vocals until it eventually drops out with Gira singing the last minute of the record acapella.

Through their years as a band, Swans covered many different ranges of sound, from the brutally minimal violence of their early albums to the dark folk of their later years. Anyone expecting a return to the early sound will most likely be disappointed because this record picks up almost where the band last left us. Gira’s Angels Of Light is also a close reference for some of the material, but the album is pure Swans. Not many bands can come back over a decade later and create a truly new and unique document that doesn’t try for some sort of past nostalgia, but in the case of “My Father…”, Swans are definitely NOT dead.