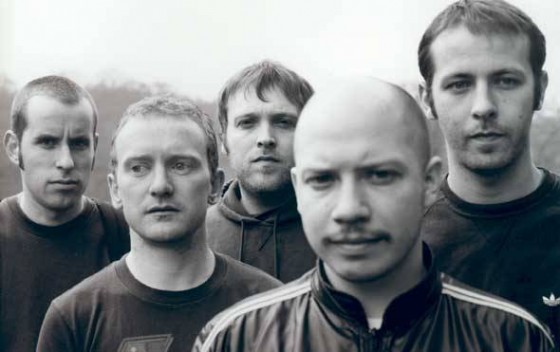 The dark post-rock group Mogwai has just announced a Valentine’s Day release for their seventh studio album titled, Hardcore Will Never Die, But You Will. Known for their stripped down guitar laden and dynamic music, the Scottish band has been known for their dry and at times overly dark song and album titles. Hardcore…, recorded at The Castle of Doom studios in Glasgow doesn’t disappoint, with promising titles such as “Death Rays” and “George Square Thatcher Death Party,” as well as a 25-minute song called “The Singing Mountain.” These song titles will fit in well with classics such as “”I Love You, I’m Going to Blow Up Your School”, “Burn Girl Prom Queen,” and my personal favorite, “Stupid Prick Gets Chased by the Police and Loses His Slut Girlfriend.” Hardcore… is the follow-up to the mediocre The Hawk Is Howling but will be produced by Paul Savage who worked on the excellent 1997 album Young Team.

For the release of this latest album, Mogwai have switched from Matador Records to Sub Pop and have just released tour dates which will, unfortunately skip Minneapolis.