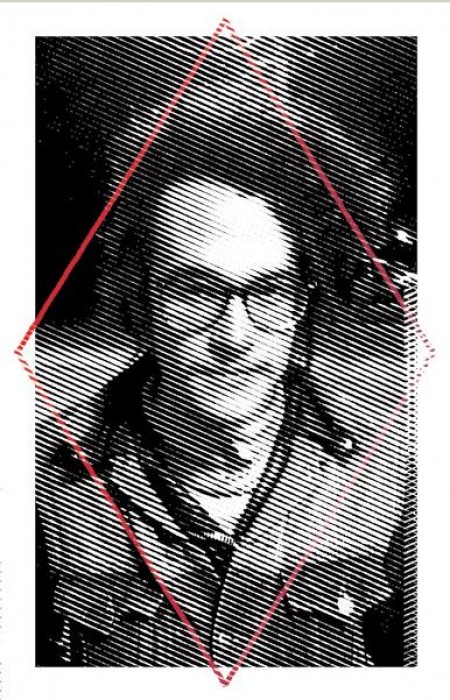 Camden is the solo project of Cole Weiland, who hails from local psychedelic boundary pushers Daughters of the Sun.  With one album (Life of Devotion) under his belt and another just released, Camden seems destined to become more than just a side project.  The latest release is Living Image, a Moon Glyph limited edition tape that finds Weiland exploring more accessible, brooding pop soundscapes.  “Pop” may not be the right signifier, however, since Living Image isn’t exactly radio friendly.  It’s a collection of seven murky tracks of gritty noise/electronica that pulses with irregular synth patterns and distorted vocals.

Nearly every track stretches out pretty long, but considering some of Daughters of the Sun’s jams even the seven minute plus “Rules of Order” seems relatively restrained.  Leadoff track “Living Image” sets the tone with wave upon wave of oscillating synths that Weiland deftly orchestrates while adding his own vocals to the mix, though they are so distorted it is impossible if he is saying something or simply layering his voice into the fray.  “I Am Still Cold” is a particularly moody, almost frighteningly dark piece of gritty electropop in which Weiland pushes his stark synths and contorted vocalizations into mysterious, lonely-sounding place.  In this and many of Camden’s tracks the artist experiments with repetitive rhythms, making dexterous and nuanced variations on the established cadence while still keeping it as the backbone of his tunes.  While this makes for some intriguing, and at times beautiful listen, it is also fairly demanding.  Listen without really paying attention and you may end up missing the tape’s variance completely.

And while it would be tempting to label this a “headphones record,” the sound in Living Image is actually quite bold.  While the tape’s nuance is complex, the changes aren’t the delicately intricate adjustments of an exquisitely produced record.  The sound is quite gritty, even muscular.  It does however, seem to convey a spirit of isolation that the headphones seem to maximize.  What would seem most appropriate would be to listen to Living Image in the vast emptiness of outer space, or perhaps under the ocean.   Since those aren’t exactly realistic options though I urge you to give it a try with your earphones on.  I think you will understand what I mean.