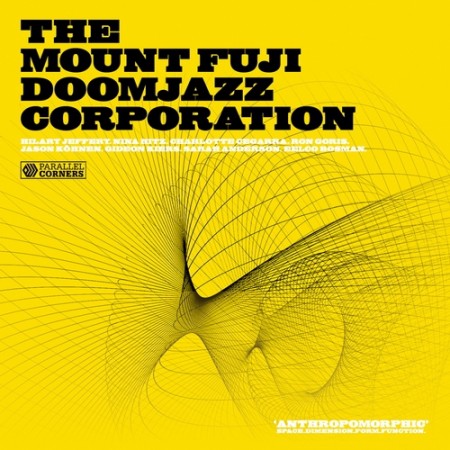 Darkjazz is a sub-sub-subgenre that will likely never be en vogue. Pulling together the deep, melancholic tones of cellos; the wailing cries of breathy saxophones; and the ominous rumblings of a piano’s low octaves—darkjazz is more Rhys Chatham than John Coltrane, more Portishead than Sinatra. European music-cabal The Kilimanjaro Darkjazz Ensemble is one of the few vanguards of the genre—a murky sonic territory on the fringes of ambient, new wave, drone, trip-hop, and, yes, lounge jazz. Composed of nearly the same members, The Mount Fuji Doomjazz Corporation is the more impressionistic, more experimental arm of The Ensemble. The Corporation’s latest album, Anthropomorphic, is a masterpiece of improvisation and atmospherics—a work that not only boasts intricate detail-work, but also explores the contours of pointed conceptual territory.

To anthropomorphize is to ascribe an inanimate object or idea with human characteristics. This process has many varieties, both big and small; one can denounce a transnational business as embodied evil, one can consider a well-stocked iTunes library their only friend, etc. On Anthropomorphic—a one-track, hour-long album—MFDJC play with the idea of giving music human shape. The record is ambiguously divided into three movements: birth, growth, and evolution. Through this trichotomy, we hear a nebulous dronescape coil and transcend itself, ultimately becoming some agony we might recognize in our own soul.

The album’s first breath—the “birth” section—highlights the warbling, existential trombone-work of Hilary Jeffery. Under a blanket of guitar-driven ambience, Jeffery unfurls leaden, sensual notes: the musical equivalent of a half-burnt cigarette dangling from a woman’s painted-red lips. Menacing distortion and electronic effects begin to enter the mix, which morphs the trombone’s provocative confidence into compulsive nail-biting and hyperventilation. The group’s gradual manipulation of mood and dynamics is kaleidoscopic: As your vantage slowly changes, familiar elements reveal innumerable, vastly disparate emotions.

Kinetic cello and violin passages mark the “growth” movement. Somber yet romantic, like two lovers trapped in an avalanche-buried cabin, the strings of Sarah Anderson and Nina Hitz weave among each other with facility and stride. The middle span of Anthropomorphic is expansive in its understated pain, just as aching shins and sore muscles lend athleticism and maturity to pubescent teenagers.

“Evolution,” the final portion, is where recognizable structure comes to the composition, and it starts to resemble minimal classical. Electronic effects and guitar drones are scaled down while the horn and string instruments are allowed to play simple, tragic melodies. Above all, this passage exudes airs of wisdom, defiance, and longevity.

Generally, the album has a stomach-knotting, dreadful atmosphere. The improvisational exchange between Mount Fuji Doomjazz Corporation’s members is exceptional—the various players never overstep each other, but, at the same time, don’t hold back. Feelings of anguish are coupled to intimations of beauty; and over the course of nearly 60 vertiginous, riveting minutes, Anthropomorphic achieves its sought-after humanity.