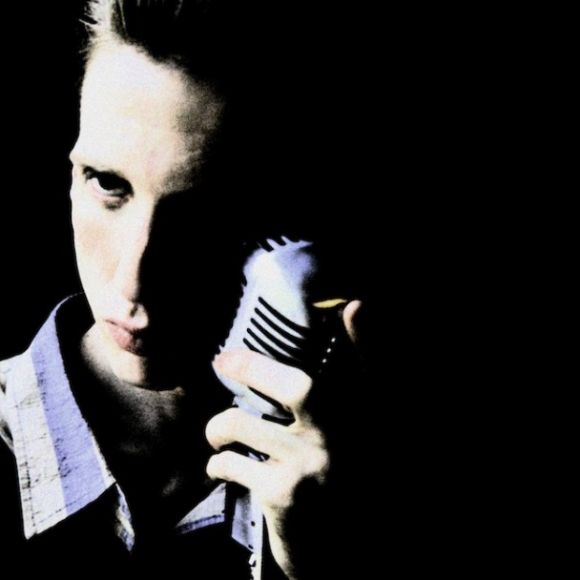 It can be difficult to gain a balanced perspective on an album after reading a single summary of the music. Bias can tilt a review, as can personal taste, history and just about everything else that is unique to the person writing it. So in an effort to offer an expanded perspective in such a medium, here are three reactions, three impressions, Three Takes on Parallax by Atlas Sound.

It’s starting to seem like Bradford Cox can do no wrong. Every Deerhunter album has been stronger than the last (Halcyon Digest topped my “Best of 2010” list) and the same seems to be true for his solo side-project, Atlas Sound.  Parallax, had a tall order to fill following up on 2009’s winning Logos, but it manages brilliantly. Cox once again uses the Atlas Sound moniker to explore more of his pop sensibilities, staying away from the psychedelic noise-rock elements that characterize the Deerhunter sound.  This is not to say that he gives up any of the complexity.  On the contrary, Parallax has an incredibly intricate and dense sound for something from a one-man pop band.  Most of these tracks are built out of simple lines from an array of instruments, all layered into a contrapuntal harmony, with melodies so sad they’re happy – or so happy they’re sad.  The first three tracks on this album – “The Shakes,” “Amplifiers,” and “Te Amo” – are among his best ever.  And, while the album drags a bit in the middle with “Mona Lisa” (intoning the grating lyric, “the Mona Lisa has got you, oh oh), as well as with “Praying Man,” and “Doldrums,” it picks up quickly with the catchy “My Angel is Broken” and ends on a sunny note with “Lightworks.”  It says everything that the kind of song that most bands spend their career trying to write, Bradford Cox throws in at the #12 spot.

Between Deerhunter and Atlas Sound, Bradford Cox keeps up such a steady stream of output that I keep thinking that sooner or later some of it is going to be terrible.  So far though, Cox seems par for the course – pretty much just releasing solid effort after solid effort, sometimes sublime and sometimes just plain good.   And based on a few weeks of listening to the new Atlas Sound record Parallax, I think it belongs mostly in the just “good” category.  While it’s got some really great tunes (particularly towards the end – the last four songs are an excellent bloc) there are also some songs (like “Mona Lisa” and “Amplifiers”) that I like but am not in love with just for the simple fact that they don’t sweep me off my feet.  I am likely setting the bar a little too high considering how much I loved the past few Deerhunter and Atlas Sound albums, but try as I might I just can’t connect with the new record the way I have done with Logos, Halcyon Digest, Microcastle, etc.  A lot of Cox’s works have been slow builders for me though so ask me in a few months and I may have grown to love Parallax.

Bradford Cox is almost too talented for his own good. With his seemingly endless releases with Deerhunter and his more solo based work as Atlas Sound coming in wave after dreamy pop wave, it is hard to keep up with him.  His material ranges from good to amazing, so the good material can sometimes find a way to get lost in the noise. His latest Atlas Sound LP, Parallax, is one of those “good” records.  It is a quiet, contemplative record featuring minimal guitar work layered with Cox’s brittle but powerful vocals. Ranging from the really sleepy “Terra Incognita”  to the somber but somewhat propulsive “Nightworks,” Parallax does what the other Atlas Sound projects have done and really highlights the intimate, cut-open-a-vein songwriting that Cox does so well.  Highlights include album opener “The Shakes” and the wobbly, static filled title track.  Parallax is another great effort by Cox and company and shows again why he is one of the most consistently rewarding indie songwriters around right now.  Is it his best work? No.  Is work that isn’t his best still probably better than 90% of people doing similar things right now? Definitely.

The Daily Record (Baltimore) January 11, 2010 O’Malley losing Enright Michael R. Enright, a close friend and senior advisor to Gov. Martin O’Malley, is leaving the governor’s staff to become managing director of Easton-based Beowulf Energy LLC, a private energy investment and infrastructure company. His departure is effective Feb. 1. Enright, 46, has worked for O’Malley for more than 10 years, starting in 1999 as first deputy mayor when O’Malley was mayor of Baltimore, then as chief of staff to O’Malley upon the mayor’s election as governor in 2006. He was named senior advisor in September 2009, focusing on energy issues and oversight of the money Maryland has received under the federal economic stimulus program.

Kernan’s new CMO Kernan Orthopaedics and Rehabilitation Hospital in Woodlawn, the largest provider of rehabilitation care in Maryland, announced the appointment of Dr. Roy T. Smoot Jr. as vice president of medical affairs and chief medical officer. Smoot, formerly chief medical officer at Maryland General Hospital in Baltimore, replaces Dr. Michael Jablonover, who has been named Kernan’s chief executive officer. Jablonover and Smoot will assume their new positions on Jan. 18. Kernan, a 138-bed rehabilitation and orthopedic hospital, and Maryland General are both part of the University of Maryland Medical System, a network of 11 hospitals located across the state. here maryland general hospital

UM awarded lab grant The University of Maryland has been awarded $10.3 million in stimulus funds by the U.S. Commerce Department’s National Institute of Standards and Technology to build an advanced quantum science lab. Scientists at the 21,000-square-foot lab will conduct research in such areas as atomic, molecular and optical physics; condensed matter physics; and quantum information science. The grant calls for a $5.2 million local match by the state and the university. In all, $123 million in economic stimulus grants were awarded to support the construction of new scientific research facilities at 11 universities and one nonprofit research organization.

CPA firms merge Two Anne Arundel County accounting firms, Sturn Wagner Lombardo & Co., of Annapolis, and SRM & Co., of Edgewater, have merged and formed a new firm, Lombardo Wagner Sticher and Co. In an announcement, the firms’ principals said the merged entity has a staff of 30, including 17 certified public accountants, and they expect to add at least seven CPAs “within the next year or so.” The new firm is located in space occupied by the defunct Sturn Wagner Lombardo.

Navy coming to Baltimore Baltimore has been chosen as one of 20 cities nationwide to host a Navy Week celebration in 2010, giving area residents an opportunity to interact with Navy personnel, view performances and learn about the U.S. Navy and its capabilities. The event will take place Aug. 28-Sept. 6 at various locales in the area. Among the features of the event are demonstrations by Navy parachute teams, performances by Navy rock bands and ceremonial bands, speeches and lectures by flag officers, exhibits of flight simulators and other interactive displays, and visits to various Navy ships.

BioElectronics in China BioElectronics Corp., of Frederick, a maker of drug-free, anti- inflammatory medical devices and patches, said it is preparing to enter the Chinese market. BioElectronics has teamed with a Chinese company, Project Asia, to market its Allay line of anti- inflammatory products in the People’s Republic of China. Test marketing for a new direct response television campaign for BioElectronics’ Allay product will begin in mid-February with full marketing efforts commencing shortly thereafter, the company said.