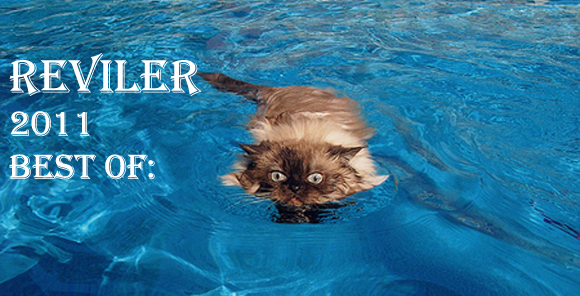 Snow is falling, people are spending money on crap they don’t need and you are starting to dread all of the time you will be spending with your in laws in the next couple weeks.  Cheer up.  It is also that wonderful time of year where music sites like yours truly pontificate even more than usual, although in a more orderly and concise manner than we normally do (numbered lists!). For the next week we will be presenting you with a plethora of lists covering our favorite (and least favorite) things from calender year 2011.  Today we are looking at the things we think are going to be big in 2012.  Check back next week for a whole week of list, building up to our favorite albums of the year!

5. Ex-Ukulele players – You know that waifish girl from the suburbs outside of Omaha that came to the Twin Cities for college? How in her second semester she bought some Victorian-era period clothing and a ukulele? How every other Friday she played “shows” at either Dunn Brothers or the Acadia Café? Well, she’s all grown up now: you can catch her and her all-female garage rock band playing at the Hexagon this winter. They’ll be playing Joan Jett covers and wearing matching black, knee-high boots. There will be no mention of ukuleles.

Post-something – Post-hardcore died naturally in its sleep at the end of long, satisfying life. No one cares about post-rock anymore. No one ever cared about post-dubstep. Music taxonomists need a new post-genre. How else will we be able to temporally peg one style to another? Here are a few suggestions of what could fill the post-void.

4. Post-Witch House: Although it’s a little early to recycle this genre, there’s ample opportunity to lay spooky samples on top of, say, New Order drum tracks and call it art.

3. Post-Throne: After the success of Kanye West and Jay-Z’s collaborative album, Watch the Throne, emcees  the world over start rapping on inequality, social issues, injustice, and beauty in hopes of erasing West/Jay-Z’s fantasy world and actually doing something useful for the rest of us. Some will argue this smacks of “80s hip hop.”

2. Post-Genre: Post-Genre musicians assemble sound collages with four bars of every genre invented on earth thus far. Artists gain notoriety by seamlessly transitioning between hopelessly disparate styles of music, such as klesmer and afrobeat. Artists gain legendary status by introducing the hipsterati to genres they didn’t even know could be considered music, such as: sounds of water heaters turning on in the winter, Salvation Army bell-ringing, silence (in a Post-John Cage-ian sense), and the wry laughing of David Sedaris.

1 Azealia Banks: Just going by hype here. That’s the nature of hype right? I haven’t even heard her music but the machine seems to have made her the current anointed one

2 Blu:   He’s a terrific rapper/producer and could blow up in a big way in 2012 if No York finally drops

3 Big Freedia: Bounce has already gotten huge and there is no sign it is stopping

4 Royal Headaches: Will probably never be “big” in the way the previous two on the list could but could definitely be huge in punk/garage circles

5 Condominium: Again, probably won’t be “huge” either but I wouldn’t be surprised if locals Condominium started to bet big in various punk and metal scenes nationwide

In a just world, he would be a mega star and would win all kinds of awards in 2012

In a cool world, they would tour to packed houses playing their amped up garage punk

In a weird world, they would become superstars playing their lightly faded dub pop (with their new record label this one actually is very possible)

In a druggy world, the world would catch wind of their excellent LP Dreams and he would be recognized for his battered but beautiful soundscapes that are both haunting and redeeming

In the real world, she is going to be all a lot of “music writers” are going to talk about, proving that it doesn’t matter what we think.  Ugh.