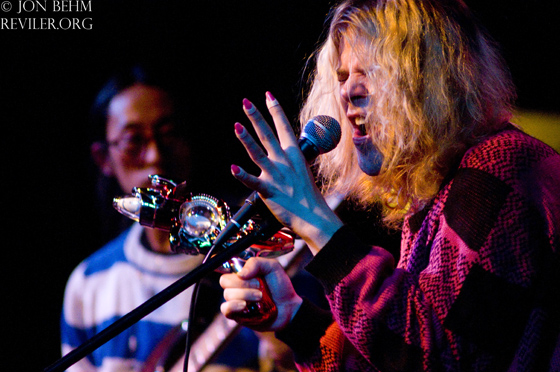 For those worried that the Ariel Pink’s Haunted Graffiti was going to take the slick sound from Before Today and turn into a corporate indie rock group, you can breath easy. The first song released in preview of their forthcoming Mature Themes LP is a cover of the Donnie and Joe Emerson jam “Baby,” with kindred spirit Dâm-Funk laying down some vocals as well. While this doesn’t mean conclusively that Mature Themes won’t be sound tracking your next trip to Urban Outfitters, it is off kilter enough to let us all breath a sigh of relief. Mature Themes drops on August 21st on 4AD. The band will be in Minneapolis for a can’t miss show on Sept. 22nd with James Ferraro and Dâm-Funk at the Fine Line Music Cafe.