Big Cats: For My Mother Review 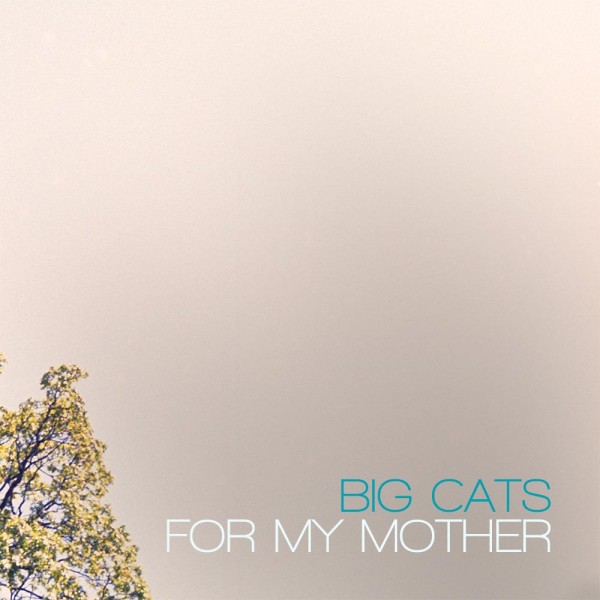 Doing music or any type of art after someone’s passing can be a difficult and almost tumultuous concoction. But in a lot of circumstances it introduces a lot of new things that were never found in an artist; how many people still catch chilling jitters when seeing the music video for Johnny Cash’s cover of Nine Inch Nails’ “Hurt”? How many others still shed tears when Pete Rock & C.L. Smooth put out “They Reminisce Over You,” Pete’s remembrance to his friend, Trouble T. Roy, who was part of Heavy D. & The Boyz? The list continues to go on and on, and that list can go on endlessly (see: Ice Cube’s “Dead Homiez”, Jay-Z’s first verse in “The City Is Mine”, and Naughty By Nature’s sobering remembrance to 2Pac on “Mourn You ‘Til I Join You”).

There are no song titles on “For My Mother” (if you own the physical editions, and even the digital edition track titles go from “One” to “Ten”), and even the guests that do appear such as Claire De Lune and Lizzo from The Chalice, and the wonderful K.Raydio, don’t play a huge role, which is not a terrible thing in the least, they are more in the sense there, just as the music is, to serve as instruments to some of the compositions one might witness on “For My Mother”. And what follows for the next half-hour is part-tribute and part-travel. Some of the tracks on here could be seen as a soundtrack for a travel to ascension, the travel upward (K.Raydio singing faintly “here we go up high…”). On other tracks you can hear “The thrill is gone…” being sung in a very mournful tone by Lizzo as the bluesy backdrop continues to take shape and tug at your heartstrings. In a lot of ways on this record, you can almost feel the spirit reverberating throughout “For My Mother”, and it manages to do things that most tribute projects never seem to do right – recognize one’s passing, mourn their memory, and wish them well on their journey.

Aside from that, there’s also something to be said about the virtuosity of the musicians present. All in all, nine musicians participated in the making of “For My Mother”, including such folks as Noam The Drummer doing percussion (too awesome), No Bird Sing’s Graham O’Brien on the drums, and many others. Aside from the band playing, there’s something to be said for Big Cats! too, as basically he not only wrote the music that the musicians performed, but he also took all the sessions back and reshaped them into these instrumental contexts, which helps piece “For My Mother” into a soundscape that regardless of track titles, can be appreciated as a musical whole. When listening to “For My Mother” I was largely reminded of one moment musically that moved me to tears; The Roots’ heartfelt tribute to J Dilla on “Can’t Stop This”, off “Game Theory”. In that sense, Big Cats! has created something that is transcendental and amazing. For those keeping score at home too, this is the 2nd album in a “trilogy” year series, the first being TTxBC’s amazing “Space”, and the soon-to-come record with Guante called “You Better Weaponize”, and if “For My Mother” is any indication, its already a banner year for Big Cats.

Big Cats! “For My Mother” is now available (buy HERE). There will be a release party at 7pm on Thursday, October 11th, 2012 at The Cedar Cultural Center. Performing live will be K.Raydio, The Chalice, and Big Cats! along with a live band. The show is all ages, and admission is $10 before the show and $12 at the door.