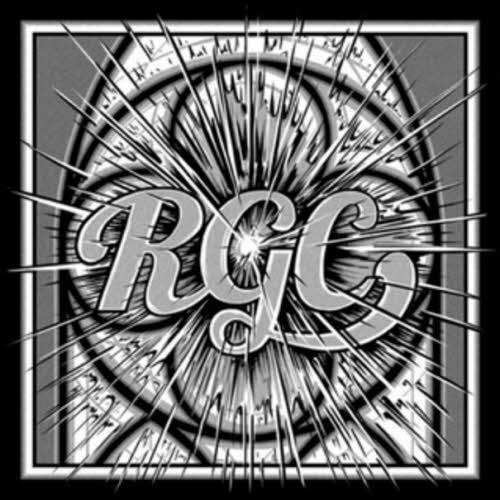 Retribution Gospel Choir have, in their short history, stood out mainly for their straightforward approach and classic, meat and potatoes song-craft. Frontman Alan Sparhawk is best known for his work with slowcore legends Low, a band that are powerfully quiet and aggressively somber, traits that made the Crazy Horse-esqe material the band have churned out seem wildly outlandish in comparison. Sparhawk first released material from the power trio in 2008 with their moody and noisy debut, even going as far as taking songs that had been recorded on Low records and beefing them up.  The band followed up in 2010 with 2, which sharpened the focus and was a rugged, power chord filled gem that was the best “Classic Rock” record I have heard in years (really, go back and listen to “Workin’ Hard” and “Hide it Away” and try not to fist pump).  The group is back with their third record, aptly titled 3, and in a move that will shock no one, it ventures into a new territory that finds Sparhawk and co. unveiling new layers to the groups sound.

Still leaning heavily on Sparhawks guitar heroics, 3 attempts to capture the groups powerful live show on record.  The LP is simply two long songs, both recorded live and each hovering at or above the 20 minute mark.  The A side is the bruising “Can’t Walk Out,” which finds the band replicating their Crazy Horse influenced, riff heavy style to a dizzying climax. The guitars squall and bend, feedback engulfing the song and the rhythm section powers forward in steam engine like fashion.  The track is the kind of uncoiled epic that sounds like it should be played as a motorcycle gangs rolls into town, a towering song that is somehow both intimidating and celebratory.  The raw urgency of side A is countered by the more gentle, meditative side B, which features the track “Seven.”  The hazy track sounds more like an extended Low song than the normal RGC catalog, but it does feature the standard guitar heroics, both from Sparhawk and virtuoso guest Nels Cline, best known for his heady guitar noodling with his solo jazz projects and as a hired gun with the late period Wilco.  The first half of “Seven” finds Sparhawk singing uplifting ditties like “nobody put up a fight” over a hypnotic melody, with the second half finding Sparkhawk and Cline unleashing in a barrage of noisy feedback and wandering solos that, while being less in your face as the front half of the record, is every bit as intense.

3 is the most expansive look into the psyche of Retribution Gospel Choir, and their most bold and powerful statement made yet.  Scrapping conventional songs in favor searching for that spark that they create on stage, the band venture into terrain that could easily swallow up lesser bands.  The songs are jammy, but they never lose their focus or energy, and the guitar wizardry is cranked up to 11, highlighting the inner-teenager-rocking-out sentiment that has always made RGC so great.  Three records into their run (with a few scattered releases in between), Retribution Gospel Choir have not really settled in to a distinct delivery method, but we know we can expect some crunching riffs and jamming. Both are on display on 3, with the later taking center stage in what might be the best, most commanding release we have heard yet from the group.

See the band tonight at the Turf Club celebrating the release of 3 and buy the record HERE.