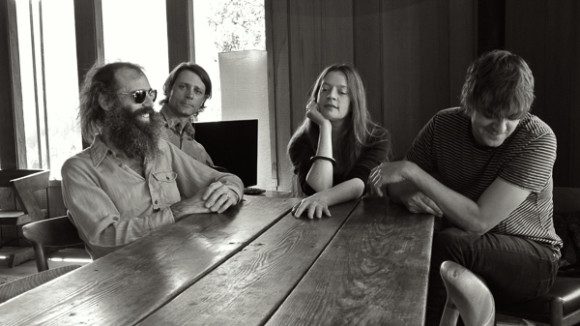 Do you ever find yourself thinking, “I wish that someone could merge the mystical acid folk of Espers with the psych rock intensity of Comets on Fire”? Well if you have (and if you have that is awesome) I have some great news for you. Esper’s vocalist Meg Baird recently linked up with two members of Comets on Fire (Noel Von Harmonson and Ethan Miller) and with a fourth member (Charlie Saufley of Assemble Head in Sunburst Sound) have formed a new band called Heron Oblivion. They recently signed to Sub Pop and plan to release a record this year. If the record is anything like the single they released recently, “Oriar” it promises to be something really special. You can stream the track, a perfect marriage of psych folk and scuzzed out dissonance, below. And keep an eye on these guys for album release/touring dates.