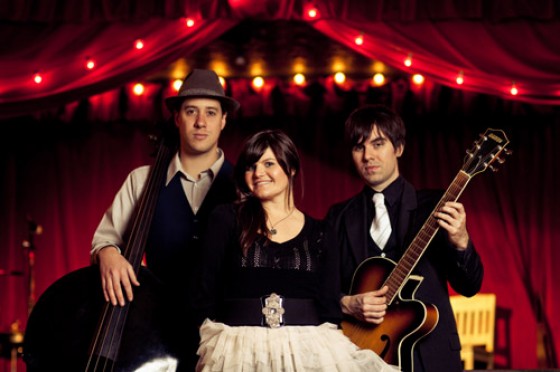 April Smith is a new jazz and zydeco vocalist out of Brooklyn who finds inspiration in depression era cabaret as well as dusty roots folk.  Her sound may seem familiar to you if you are a Twin Cities’ music fan and have ever seen Lucy Michelle, Caroline Smith, Meg Ashling, etc.  It is a sound that we happen to have a wealth of here – and though Smith is bubbly and bright, I am inclined to say that until I hear more I am convinced that we do it better.  “Colors” is an accordion and kazoo jam with a very simple beat. Smith is an undeniably talented vocalist and the song is catchy, but overall it doesn’t pack in very much in the way of soul.   I wouldn’t close the book on this artist based on one song – unless this is the absolute best that she has got to offer.