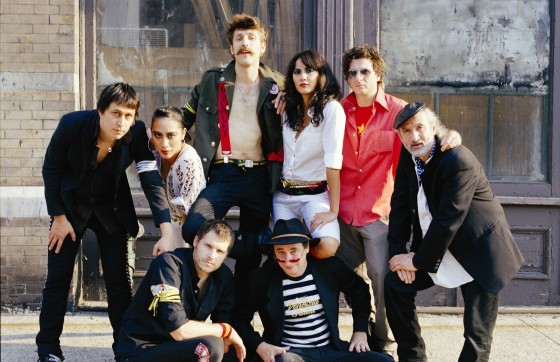 The famed gypsy punks (and possibly the best live band in the world) will play two shows at First Avenue on April 24th and 25th.  Both shows are 18+ and $25. Fantastic Eastern European inflected indie folksters DeVotchKa will open, making these both can’t miss shows.  Tickets are not yet available, but you should be able to find them at the Electric Fetus soon.

Also, if you go to the Sunday show be sure to stop into the Entry next door to see locals BruteHeart.

A plea to attendees though – let’s all try to make an effort to not be violent assholes at the show. Deal?

The Boston Herald January 1, 2006 | Wedge, Dave Byline: Dave Wedge It was another year of back-stabbing, posturing and general outlandish foolishness from City Hall to Beacon Hill. Here are some of our favorite lowlights from 2005:

Story/Non-story of the Year: Gov. Mitt Romney ends the “mystery” and walks away from the Bay State, admitting that some of his pet projects just can’t get done in this bluest of blue states. Like giving killers the needle or ending the prosperity of the many gay-wedding planners from P-town to the South End. Have fun on the trail, Mitt – we hardly knew ye.

Royal Screwing of the Year: Former Senate prez and UMass honcho Billy Bulger sticks it to the taxpayers one last time, sleazily pumping up his pension by $30,000 a year thanks to a questionable first-of-its-kind court ruling. Is it going to shock anyone when his ex-con court-clerk brother Jackie wins back his state pension?

Bombshell of the Year: After years of running the Legislature with an iron fist, former Speaker of the House Tom Finneran has the tables turned on him as U.S. Attorney Michael Sullivan slaps him with a perjury rap. We imagine Finneran’s $400,000-a-year private-sector gig has soothed some of the sting.

Non-bombshell of the Year: Sullivan’s office fails to indict Suffolk County Sheriff Andrea Cabral on perjury charges after a two-year probe, clearing her of accusations that she lied about the firing of a jailhouse-nurse-turned-FBI-informant. The non-case dealt a severe blow to the oft-quoted theory that grand juries will indict a ham sandwich.

Non-bombshell of the Year, No. 2: Tom Menino became the Hub’s first four-term mayor, crushing Maura Hennigan. The ex-city councilor is still waiting for all the closet Menino-haters to come out.

Other happenings that made us chuckle:

– Rep. Antonio Cabral (D-New Bedford) having a lien slapped on his house for failure to pay taxes;

– Rep. Michael Rodrigues (D-Westport) declaring “we’re sober” while carrying a case of wine out of a winery on a workday junket;

– City Council President Michael Flaherty helping bust a drug pusher who had mistakenly phoned him in hopes of unloading a large shipment of pills;

– Rep. John Rogers (D-Norwood) and Rep. John Quinn (D-New Bedford) winding up on the Herald front page, puffing stogies on the golf course when they were supposed to be at work.

High and mighty Apparently, Mayor Menino is afraid of heights.

That’s why the news cameras had a lousy shot of hizzoner lighting the menorah at Macy’s at Downtown Crossing on Thursday.

When the mayor got onto a hydraulic lift to help light the Hanukkah candles, he wouldn’t let Rabbi Rachmiel Liberman raise it, citing his phobia. After the mayor stepped down, the rabbi obliged the disgruntled shutterbugs and raised the lift so they had a better shot.

Harsh feelings Former Attorney General Scott Harshbarger, who ran for governor in 1998, has apparently not ruled out another run for office.

At a press conference where he cleared Treasurer Tim Cahill of wrongdoing in signing confidentiality agreements for ex-treasury employees, Harshbarger was asked whether hiding the fact that a worker was fired for downloading pornography was against the public interest.

His reply: “As a general matter, it may well depend.” But then, mindful of the reporters’ tape recorders – and apparently his future political aspirations – he caught himself.

“Don’t use that,” Harshbarger said. “You’ll use it in my next campaign. You’ll use it against me: `Harshbarger didn’t think that downloading pornography was against public policy.’ ” He knows us so well. . .