It seems like all it takes these days is that little bit of ambient nature and people start running for the hills. Bands like Besnard Lakes, who make crushingly beautiful pop music wrapped in layers of sound and delivered with striking emotion, are the type of band that seem to have little to no chance make it big in the mainstream music world. Although their melodies and arrangements are meticulous and as airtight as any pop band out there, the bands extra sonic foray seems to serve as a barrier to some many listeners, which is a shame, since this is one of the most engaging records released this year.

For people like me, that more adventurous sound is less of a locked door and more of a welcome mat when it first comes out of the speakers. The band, formed around the husband and wife team of Jace Lasek and Olga Goreas, burst into my life the first time I heard their stunning last album, The Besnard Lakes are The Dark Horse. It has since been an album that sits beside the music of Broken Social Scene, Burial, Sigor Ros and Explosions in the Sky as my go to late night music. Much like many of the aforementioned artist, The Besnard Lakes are most definitely making pop music, even if it is more sweeping and grandiose than many other bands who would fall into this melting pot of a genre. Songs like “Last Train to Chicago” are chalk full of the main elements that make great pop music (sentimental lyrics, bursting melodies), but contain a striking sense of tension that seem to propel the song to an even more serious, challenging place. Songs like album openers “Like the Ocean, Like the Innocent Pt. 1: The Ocean,” and “Like the Ocean, Like the Innocent Pt. 2: The Innocent.” and excellent “Albatross,” which has TV on the Radio type background vocals used to enhance the rhythm, show the dizzying heights that this disc reaches. That being said, the album is one that is best consumed as a whole and features no songs that I would classify as weak. 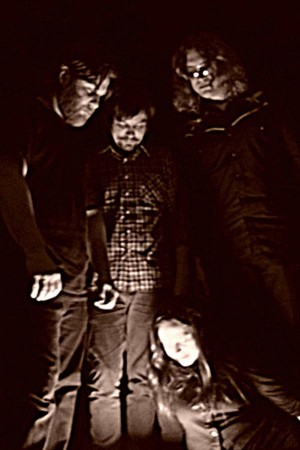 Like fellow Canadians Arcade Fire, The Besnard Lakes have succeeded in making challenging, emotive music that does not come across as trite or sappy. The songs on The Besnard Lakes are the Roaring Night are compelling and show the exciting places that pop music can be taken, even if they won’t get the attention that they deserve.