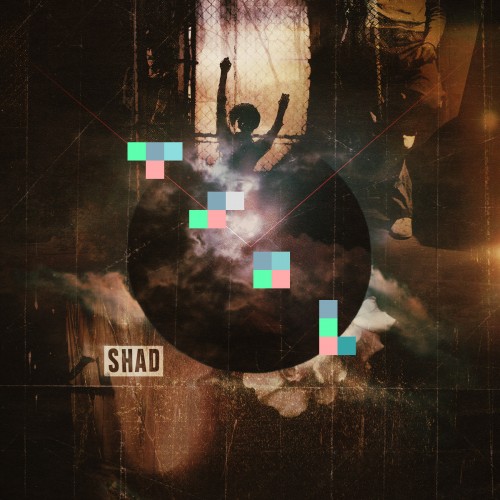 Canadian rapper Shadrach Kabango (Shad) has finally followed up his 2007 Mercury Prize nominated Old Prince with a new record.  TSOL is a collection of eleven new tracks (plus an intro and outro) that saw studio assistance from some notable artists (particularly Brendan Canning and Lisa Lobsinger of Broken Social Scene).   While TSOL doesn’t really contain the standout work that Old Prince did (with tracks like “The Old Prince Still Lives at Home” and Now a Daze”) it’s still an excellent showcase for Shad’s rhythmical talent, humor, and lyrical creativity.

Much like Shad’s previous work, TSOL shows a great deal of similarity to Chicagoan rapper Common’s stylistic sense.  Tracks like “Rose Garden” mimic the golden era, jazz sampled style of Common’s Resurrection, while “Keep Shining” and “At the Same Time” ooze with the R&B influenced, socially conscious spirit of Like Water for Chocolate.   And like Common, Shad is never shy about bringing his spirituality into his rhymes – spitting about the biblical roots of his name in “Good Name” or sexual temptation in “Call Waiting” (“what’s hard for a pimp is harder for a man of faith”).  As preachy as it gets though Shad’s spirituality never becomes overbearing.  He’s not using his rhymes to try and tell you about his religion – he’s using his religion to tell you something about Shadrach Kabango.  And whenever it becomes too serious Shad is there with a joke to ease the tension – with lyrics like “I hope I aint boring y’all, rappin’ bout rap / but the only thing I love more than rappin’ is nappin’ / and I know nobody want to hear me rappin’ bout that” Shad’s shows that his sense of humor is as integral to his art as his spirituality.

One area where Shad differs from most of his contemporary rappers though is in his incorporation of indie rock into his repertoire.  What was a tongue in cheek parody of becoming an “emo rapper” in Old Prince is now full on earnest.   And he isn’t apologizing for it anymore – in “We, Myself and I” Shad incorporates an intense guitar element that reminds me a bit of the punk-influenced style of P.O.S.

Still, indie rock aside, this is much more a hip hop album than anything else.  And it’s a good one at that.  While it doesn’t exactly soar to the heights of Shad’s previous material, it is far from a write off either.  Album standout, “At the Same Time,” a meditation on how hip hop can be like laughing and crying simultaneously, is proof that Shad’s talent as a creative and provocative lyricist is still staggering.  Not all of TSOL rises to that standard, but at 28, Shad still has a world of potential ahead of him.