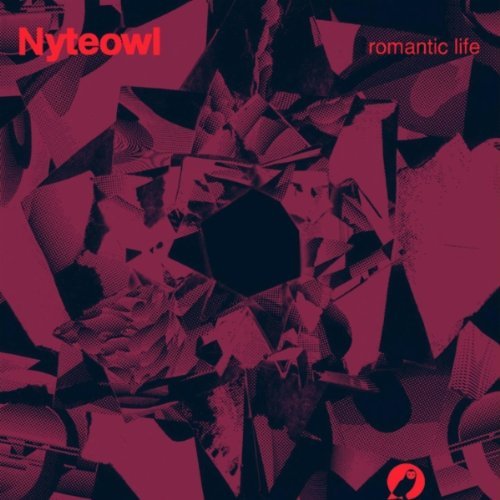 On Romantic Life, local electro-pop group Nyteowl don’t let subtleties get in the way. Right from the first seconds of “Nytesky,” this is an album that doesn’t hide its love for 80’s pop, synths and dance music. The first 4 influences on the bands Myspace page (french electronic, uk electronic, detroit electronic, norway electronic) pretty succinctly sum up their sound, with a dash of the next three influences (techno, house, pop) thrown in for some flavor. With Romantic Life, the band created an uber polished album that is very good at what it sets out to do.

Ranging from the hopelessly romantic stuttering synths of “Moongirl” to the dark, driving bass lines of “Nytefright,” the album is a case study in the different modes of electronic pop music. Standout “Waiting Game” sounds like a combination of Daft Punk and Cut Copy and grabs the listener and pulls them into a neon glowing pop universe. While there is a song titled “Sexspiration,” the album isn’t all rolling on X and nailing a stranger in the bathroom sleaze (although most of it is). The track ‘Do It Right (Tonight),” while seemingly still about sex, actually comes across as sweet. The song slows down the albums incessant beats and melodies are vocals are somewhat less brazen than the rest of the record, which actually isn’t saying a whole lot.

For the most part, the group created an unflinching homage to the music they love. The songs are tight and fun without being cheesy, and they are tailor fit to throw on for at your next bash (X not included). Like other albums from this genre, Romantic Life probably isn’t going to bring swaths of new listeners to the genre, but it is very good at what it does and is one of the best electro pop records our scene has seen in a while.