Kelley Stoltz: I Don't Get That 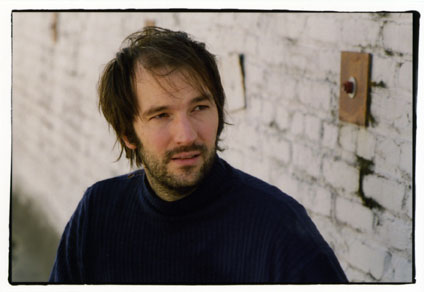 Here’s a new jam from San Francisco psych/rock songwriter Kelley Stoltz off of his upcoming (and highly anticipated at least by me) LP To Dreamers (10/12 Sub Pop).  The new material purports to add more “post-rock abandon” to Stoltz’s Beatles/Beach Boys’ retro pop.  I don’t really hear it in “I Don’t Get That” though, but Stoltz does sound a bit poppier and more upbeat than he has been lately.  Try it out for yourself below.

Kelley Stoltz – I Don’t get That

VAN HALEN Swinging back through for a second Chicago-area stop on its latest reunion tour, the once again David Lee Roth-led rock band plays all your favorite pre-Sammy Hagar hits. Let?s just hope by now they?ve worked out the technical difficulties that dogged their February show at United Center. Don?t be late, either: Opening act Kool & the Gang is a funk-tastic party-starter kicking off the night at 7:30 p.m. April 1 at Allstate Arena, 6920 N. Mannheim, Rosemont. Tickets are $49.50-$149.50. Call (800) 745-3000; ticketmaster.com.

POST IT Exhibitors from around the world will be selling original, colorful graphic works from bygone eras during the 2012 Chicago International Vintage Poster Fair at the Chicago Cultural Center, 77 E. Randolph. Show hours are 10 a.m. to 7 p.m. March 31; 11 a.m. to 6 p.m. April 1. Admission is $15 for a two-day pass. Visit posterfair.com.

HANK?S ??BIG?? DAY ??Big,?? for which Tom Hanks received his first Oscar nomination, is the theme for Fizz Bar & Grill?s, 3220 N. Lincoln, Ninth Annual International Tom Hanks Day celebration at noon March 31. Admission is free. A $5 donation (benefitting one of Hanks? charities) gets you $1 PBRs and a raffle ticket for a drawing taking place during the event. Call (773) 348-6088.

EGG-CELLENT OUTING The annual Easter Spring Egg-Stravaganza is at 10 a.m. March 31 at Soldier Field, 1410 S. Museum Campus. Activities include a candy grab, face painting and balloon artist. The first 2,000 children to participate in the candy grab will receive a wooden egg designed by a contestant in a citywide open art contest. Admission is free. Call (312) 235-7000.