“Bars Have Bands to Bring in Customers” 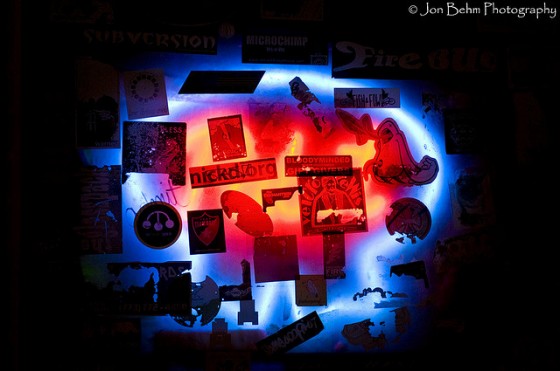 “Bars have bands to bring in customers.”

It has recently become quite a phenomenon on Craigs List for musicians to rant in the “musicians” section about the evils of the music empire, bitch about various venues that routinely bilk musicians out of respectful pay, and just vent about the life of a musician in general.  There are always the musicians who think that they know “the nature of the business” better than anyone else, and they are usually the ones who are the most accepting of the ridiculous policies of today’s club owners and promoters.  And as usual, these same people are very often some of the youngest ones in the business; the graduates of today’s increasingly “music business” centered music schools.

Recently, when I was reading through a post entitled “The nature of the business” this ranter said what I have heard so much in recent years: “Bars have bands to bring in customers.”  An immediate “no shit, Sherlock” came into my head.  Sure, it is a basic truism that bars have now relegated bands to being machines to draw customers, but that doesn’t mean we have to accept it as logical or sensible.  When you go back through history and consider how the live music business has changed, just in the past 20+ years, you quickly realize that the live music business has been sliding down a muddy hill for quite some time.  Not long ago at all really, there was a time when we were hired to play a club and were not treated as inferior to the bartenders, doormen, and sound engineers.  We consulted with the owner/promoter/manager of the establishment to strike a deal that included a wage that was not embarrassing.  It was common that the management would take the lead in marketing and promoting the venue AND the bands that played there, with the expectation that the place would bring in a respectable number of people.  The band would negotiate a guarantee, usually to play the entire night or at least two sets, under the agreement that the band would rock the house; that they would keep the people there, drinking, eating, and hanging out until the wee hours.

I remember one of the first good gigs I had as a musician.  I was 17 years old, playing with a blues/funk band in the Bay Area of Northern California, and I still remember the distinct words the bar owner said to the band leader: “I’ll get people here, don’t worry about that.  You just rock the house and keep em’ drinking all night.”  That was in 1988, and we got paid $500.  We played three long sets, practically bleeding out the last set of the night.  We worked damn hard for our money, no question.  Today, nobody, particularly here in the Twin Cities, is going to be paid a wage like that unless they can “guarantee a draw of at least 150 people.”  I can’t tell you how many times I have heard that come out of the mouth of the booking agent, usually a musician.

The point here is simple folks.  Just like the door guy, the bartenders, the waiters, and the sound guy, we got paid a reasonable wage for our labor.  And we got paid because we were good, not because we were the reason the damn bar had any business at all.  In fact, we were a relatively new band on the scene, and nobody even knew who we were.  The club owner just happened to think we were really good and could develop a nice following there at his club, bringing him more customers over the long haul.  The club owner packed the house, and of course a bunch of our own friends and family came to the show too.  I played there a dozen more times over the years, with all types of bands, and all of them were good.

That place is dead now, because some Yuppie bought it in the early 90’s and operated it like they operate bars here in the Twin Cities now, deciding to put all the weight of the night on the bands and their ability to bring in the clientele that the bar needs in order to bring in a profit.  And still, the bartender, the door guy, the sound guy, and the waiters all get their regular pay for their regular labor.  Only now, the bands don’t make a dime unless they prove to be miracle workers by bringing in a packed house to a bar that has usually done NOTHING to promote the night.  Add to that the fabled 4-band bills, where people are supposed to pay a door charge to see their friend’s band for all of 30 minutes or so, and it’s virtually guaranteed the night will be a failure for the artists, even if the bar does bring in a profit.

What I am talking about here is the demise of the respect for musician labor in this country.  When a carpenter gets hired and paid more than another carpenter, it’s usually because that carpenter is more skilled, faster, and more efficient than one that charges less.  He is hired to frame a house.  He frames a house beautifully, accurately, and efficiently, so he is compensated more for his labor, and is most likely not overcharging his customers either.  A musician, particularly one hired to entertain, should be no different.  A club hires a band to “keep the people there” by performing a rockin’ set or sets, and in return he/she is compensated for their labor.  Just because musicians love what they do and would not rather do anything else, does not in any way mean that they should be treated, or better yet that their labor should be treated, with any less dignity than any other laborer. 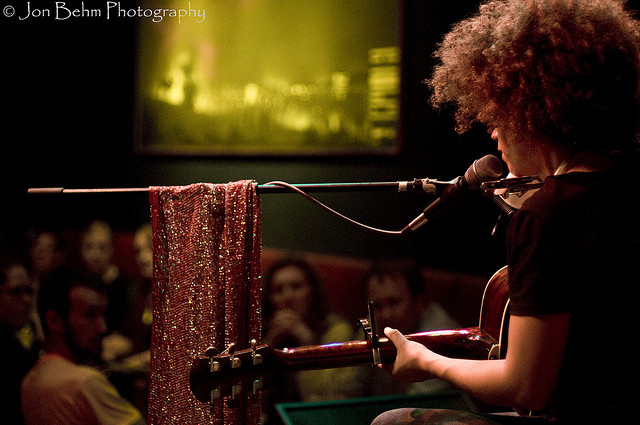 When payment for the labor of live music is left to the fickle and constantly varying tastes of the average Joe walking down the street, both the venue and the performer stand to make less.  When payment for the labor of live music comes as a result of the relationship between club owner and band, with the club (and the band, in a partnership) bringing in the people, and the band entertaining the people, everyone makes not necessarily more money, but more stable money.  Business 101, folks.  Ask a local musician whether they want to make a stable amount every time they play or have no guarantee and depend on the weather working in their favor.  I think you know the answer.

Note to venues: WHEN YOU DEPEND UPON THE MUSICIANS TO NOT ONLY ENTERTAIN YOUR CLIENTELE, BUT ACTUALLY PROVIDE YOU WITH THE CLIENTELE, WITH THE ONLY MONEY THEY MAKE COMING DIRECTLY FROM THOSE WHOM THEY BROUGHT TO YOUR CLUB, YOU ARE ENGAGING IN WHAT IS COMMONLY KNOWN AS A PYRAMID SCHEME.  You are one step away from Amway.  The musician stands to make nothing at all – effectively paying out of pocket a significant chunk of change – if the club does nothing to populate itself with customers.  The club is often in the same boat, only the club has done NOTHING to combat the reality of not having a stable clientèle, while the band has still rocked and kicked ass in many cases; done their job magnificently even, only to be told at the end of the night, “you didn’t make your draw.”  Who wins in this situation?

I’ll tell you who wins:  FREE MARKET CAPITALSM.  And who loses?  Your labor and the labor of the artists.  The only people who win are the people that for some reason the club feels are more important than everyone else, the door guy, the sound guy, the bar tender.  Good for them!  Somehow, they have negotiated themselves a respectable deal, where their labor is supported under every circumstance.

As long as we operate under the assumption that “BARS HAVE BANDS TO BRING IN CUSTOMERS”, developing bands will never EVER be properly paid.

So, we are left with two options: One, only very popular bands with big draws can play any clubs if they expect to be guaranteed a decent wage.  Two, we go back to the more efficient paymaster relationship where the venue is the paymaster for the band, and the band is a contracted employee, if only for a night, of the venue.  The job of the band, being to entertain whomever enters that establishment.  In that case, who wins? THE GOOD BAND WINS.  THE BAND THAT BLOWS PEOPLE AWAY THE MOST.  But here’s the thing:  The club wins too.  Why?  Because if the club is responsible for packing the house, the people who come just to see the band are icing on the cake, and all bands market their shows to their friends, family, and in most unfortunate cases, their coworkers.  And, because the club has put the energy and commitment into creating a scene that people want to come to, the fickle average Joe is paying $5 at the door not just to see a band, but to be a part of the scene, with a good soundtrack!  Perhaps it’s time for us to start disclosing to the customers how much the band is making.

One thing is certain – It’s time for us, as musician labororers, to stand up for ourselves.  We can always play just to play, or play a show just to play a show.  We can do that in basements, warehouses, parks, schools, or whatever.  If we are playing in establishments where we are essentially being hired, we need to have the courage to ask for what we think we are worth, and we need to make it clear that we are not marketing firms, poster distribution houses, and promoters; we are artists, laboring.  And for our labor we expect payment, in some form that is respectable.  We can have discussions about what “respectable” means, but let’s at least agree that UNDER NO CIRCUMSTANCES ARE MUSICIANS AND BANDS TO FORFEIT PAYMENT FOR THEIR LABOR.  Let’s change “bars have bands to bring in customers” to “bars hire bands to entertain customers.”

Chris Robin Cox is the trombonist with local political hip hop/rock/jazz band Junkyard Empire, an organizer, and freelance writer living Saint Paul, Minnesota.  His work has been published in Political Affairs Magazine, the Dissident Voice, Escape from America Magazine, and featured in Censored 2005.  He is currently working on his first novel.  Connect with him digitally: