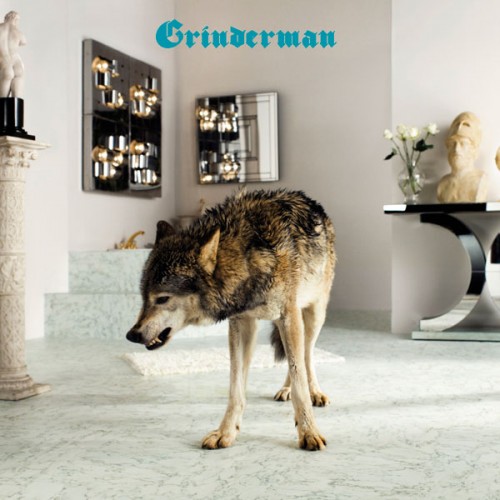 It can be difficult to gain a balanced perspective on an album after reading a single summary of the music. Bias can tilt a review, as can personal taste, history and just about everything else that is unique to the person writing it. So in an effort to offer an expanded perspective in such a medium, here are four reactions, four impressions, Four Takes on Grinderman 2 by Grinderman.

We all know that Nick Cave can do no wrong, so from the beginning Grinderman was destined to be great. The band’s first record made a valiant effort at bottling the volatile mixture of Cave and Warren Ellis. Warren’s drone-meets-psychedelic instrumentation added almost a lounge-type sheen to Cave’s sleazy preacher shtick. With Grinderman 2, the bouzouki and organ have become even creepier (“Kitchenette”), the sleaziness is at an all-time high (“Worm Tamer,” “Bellringer Blues”), and Cave and Ellis’s evil forces have combined to create what we can only imagine lounge music probably sounds like in hell. A really, really enjoyable hell.

In 2005 Nick Cave took members of his Bad Seeds band and recorded what became the first Grinderman record based on songs that Cave had been writing on guitar, an instrument he does not normally play. After taking a break for another Bad Seeds record, Cave & company are back with the followup, simply titled Grinderman 2

The album kicks off with “Mickey Mouse and the Goodbye Man”, a song not too far off from the single “No Pussy Blues” from the first Grinderman album. Cave sounds vicious over the pulsating bass of the verses into loud noisy choruses, with Cave literally howling like a wolf. “I was Mickey Mouse / He was the big bad woooooooo” Cave yells in the lead up to the chorus. Most of the album follows a similar path through most of its 9 tracks, Cave snarling over pulsing bass and drum grooves into fuzzed-out guitar filled choruses. “When My Baby Comes” slows thing down for a few minutes until building into an almost stoner metal stomp. “Palaces of Montezuma” almost seems out of place, seeming like more of a Bad Seeds tune with Ellis’ acoustic guitar and the “ooh” background vocals. Things come back to loud with the final roaring psychedelic guitar of “Bellringer Blues”.

Cave’s lyrics throughout tend to border on almost comical. In “Worm Tamer”, Cave moans “My baby calls me the Loch Ness Monster / Two great big humps, and then I’m done”. The real standout thoughout is Warren Ellis, from the the buzzing and squealing electronics to his fuzzed out guitar work. Grinderman 2 plays out as a solid followup to the excellent debut: a sleazy, scuzzy record that is pure Nick Cave.

I think people generally take one or two views of their heroes: either they cut them more slack than they would otherwise or they hold them up to a higher standard.  With regards to my own heroes, I think I fall in the latter category.  Case in point: When I first listened to Grinderman 2, I admit that anything less than a masterpiece would have left me disappointed.  And Grinderman 2 is no masterpiece.  It’s a good album from a band fronted by one of my generation’s finest artists (or two if you count Warren Ellis).  Cave and company produce a skuzzy, leering, generally bad-ass brand of garage rock that is as obsessed with sex as Murder Ballads was with killing. And they do it very well.  “Mickey Mouse and the Goodbye Man,” “Worm Tamer” and “Heathen Child” are fine examples of the band at the top of their game.  As depraved as Cave attempts to be though for some reason I still don’t find it quite as convincing as his work with the Bad Seeds (ironic since Grinderman is supposed to be the more bestial of the two).  Perhaps my ideal of Nick Cave though is tainted by the post-punk/gospel anti-evangelism that originally brought me into the fold.  It admittedly took me quite awhile to get into Cave originally, but when I did I fell headfirst and never looked back.  Perhaps with Grinderman I will eventually have the same experience.

It takes strength for an artist to cast aside what made him or her famous. The pull of attempting to repeat old successes must be nearly irresistible; it’s why hearing one Tom Petty record is pretty much the same hearing any other, with a few variations. Nick Cave, though, is militantly anti-pigeonholing, and his 30-year career is a testament to an artistic vision that takes no prisoners and thankfully repeats no patterns.

The last Grinderman record came out in 2007 and it was a violent, teeth-bared and balls-out 35 minutes of schoolboy rhymes with a few flashes of Cave’s brilliance. He credits it with revitalizing 2008’s Bad Seeds record “Dig, Lazarus, Dig!!!,” which was called a simultaneous return to form and “growth record.” Now Cave seems to have found a medium between the two that occupies its own fully-realized artistic space: “Grinderman 2” features a few epic-length songs next to brief bursts; a few slower, brooding pieces next to slash-and-burn cock-rock; a few meditative interludes next to wolf-howling madness. It’s an affirmation of Cave’s limitless vision.

In addition, it appears to have been a growth point for the other Grindermen: Warren Ellis’ electric bouzouki playing seems to have been filtered through his and Cave’s collaborative score for longtime friend John Hillcoat’s The Road, while Jim Sclavunos reined in the spastic, violent drumming of the first record for something close to pure power. “Worm Tamer” is a brilliant portrait of a band at its peak, from the swelling harmonic textures to the crushing blues rhythm, capped by a mantra that only a music veteran like Cave can deliver: “Yeah, I guess I’ve loved you far too long.”

People who thought “Grinderman” was a return to Birthday Party-era thrash may be disappointed by this record. It’s a little too epic, too sprawling, too prepared, or too mellifluous to be the fast-n-dumb punk of young Nick—but it’s all the brilliant parts of his multifaceted career filtered into one disc (and expanded on to boot). Keep ‘em coming, Nick.

Grinderman will be playing at First Avenue in Minneapolis on November 23rd. Grinderman 2 is available here.