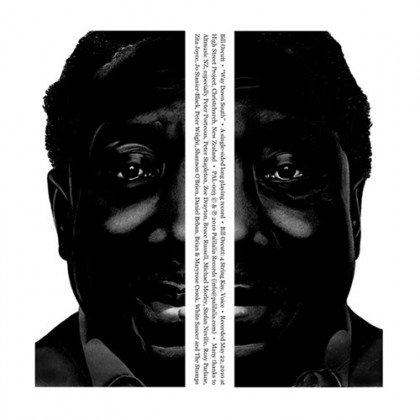 Bill Orcutt spent most of the 90s creating some of the harshest music with Adris Hoyos and their band Harry Pussy, only to disappear for much of the last decade after the band’s breakup in the later part of that decade. Then, seemingly out of nowhere, Orcutt resurfaced last year with his first release in over decade titled A New Way To Pay Old Debts, taking the avant/noise scene back by storm. Having mostly put away the guitar for years, putting together a Harry Pussy compilation for Load Records re-inspired him. Switching from electric to an acoustic guitar which he has removed the middle two strings from making any sort of common guitar chords and phrasing nearly impossible, Orcutt throws away most guitar tradition and made something exciting.

Recorded live in New Zealand and released as a limited tour only 1 sided LP, Way Down South continues down the path that A New Way To Pay Old Debts set down last year. This record finds him vocalizing as well, though it’s never quite clear enough to tell if there are any actual words or not, his voice sometimes mimicking along with the fury of guitar. The guitar playing is the star of this show anyways, never really does following any sort of traditional school of guitar, falling somewhere between the Delta blues (that’s Muddy Waters on the cover) and the avant-garde sounds of Derek Bailey. Violently hammered low strings give way to amazing fluid runs of notes, only to jolt back before dropping into calm passages of melody. Orcutt twists and turns unexpectedly through the record’s brief 15 minutes, all the pieces flowing neatly with the audience’s applause edited out to not completely break up the performance. The final minutes crescendo to the point of the guitar’s pickup feeding back over the guitar near the end until Orcutt lets out a final scream and it’s done.

Way Down South continues Orcutt’s reinvention and his completely unique vision of the acoustic guitar. This album doesn’t quite reach the exact awe that A New Way To Pay Old Debts did, but it’s another amazingly solid piece of solo guitar. Orcutt has been releasing these records in extremely low quantities, but let’s hope these records are steps to something even bigger.

A clip recorded in his home last year: