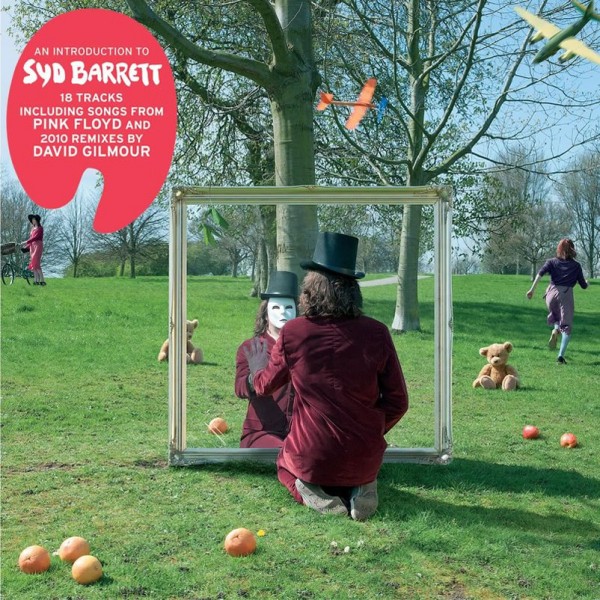 It is slightly disarming to see an album collecting the best works of a legend like Syd Barrett prefaced by “An Introduction.” At a time when it seems like a good chunk of indie rock bands are disciples of Ariel Pink’s fractured pop, one would think that the artist he borrows from so liberally would be really held on a gigantic pedestal, but that isn’t the case.  For a guy who was the original frontman for a group that would become one of the biggest bands in the world (Pink Floyd) and a truly creative songwriting genius, the fate of having to be reintroduced to a music world that bears the influence of your work years after your death seems more than a little unfair.

The 18 song collection features six songs that Barrett recorded with Pink Floyd, with the rest of the tracks coming from his short but influential solo track.  Many of the tracks have been remixed to sharpen the sound, which may or may not be considered a good thing for fans of the traditionally lo-fi artist.  His old bandmate David Gilmour even added bass to the psychedelic jam “Matilda Mother.” The album ranges from should have been hits from his Pink Floyd days (“Arnold Layne” and “See Emily Play”) t0 the silly but unbelievably catchy and lovelorn “Here I Go” and “Bike.”  There isn’t a bad track amongst the collection, which serves as a great collection for old fans and should be an eye (and ear) opening experience for music fans who aren’t familir with Mr. Barretts amazing talents.

I have been part in many conversations with music fans who argue whether it is imperative to know the influences of the current bands that are so popular.  Do you need to know and appreciate Joy Division if you like the countless bands who imitate them these days?  How about The Talking Heads?  Without a doubt, a name that isn’t bandied around as music in those conversations, although it should be, is Syd Barrett.  Here is a guy who laid the groundwork for a mega popular rock band, then went on his own way and set the path for poppy, damaged, psychedelic garage rock that has been prevalent for years and is one of the current de jour music genres.  At a minimum, hopefully this CD and the recently released book about Barrett will shine a light on this criminally underrated artist and introduce new fans to his amazing music.

Want to win a copy of this CD plus a biography and poster about Syd Barrett?  Enter our contest HERE, but hurry, entry ends at 2pm TODAY, November 1st.