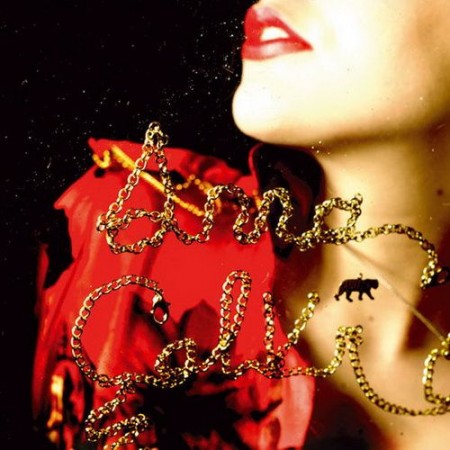 Listening to British songwriter Anna Calvi’s self titled debut record I am struck by its aesthetic similarity to another artist who has a new album out at roughly the same time: New Jersey singer Nicole Atkins.  Like Atkins Calvi draws inspiration from old world jazz and bluesy classic rock, and both even name David Lynch’s surrealism as a major influence.  When it comes to a direct comparison however, Calvi seems destined to run away with the prize.  Whereas Atkins still seems to be stretching and polishing her sound, Calvi seems to have emerged into the music world fully matured.  Her debut album is a fairly stunning achievement that defies the fact that she is still relatively new to the game.

For starters, Calvi begins her record with “Rider To The Sea,” a ghostly, flamenco tinged guitar instrumental that demonstrates that this singer/songwriter has the talent of an old hand when it comes to playing the axe.  And lest she be defined solely by her simple mastering of the guitar, in the following nine tracks Calvi also demonstrates that her abilities also extend to both singing and songwriting.  Following the lead of crooners like Nina Simone, Calvi sings in a velvety purr that brings to life the imagery of her tenebrous, simmering lyricism.  Occasionally she dips low into what I like to call her “Nick Cave voice,” where she combines Cave’s dramatic gravitas with her own more operatic vocal style that’s reminiscent of the old Italian greats.  This is most evident in tunes like “Desire,” where she passionately incants the image of the devil over a strong, classic rock oriented backing, or “I’ll Be Your Man,” which could likely be passed off as a unreleased Cave cover.  And if anything, it’s that passion that seems to define Calvi’s sound across the board.  Whether she’s evoking sweet romanticism (“First We Kiss”) or smoldering desire (“Love Won’t be Leaving”) Calvi’s intimate intensity brings each song to bittersweet but vibrant life.

And since Flamenco is perhaps, one of the musical genre most commonly associated with passion, it’s no surprise that the style features so prominently throughout Calvi’s work.  With finger picking that evokes a Spanish classical guitar background, Calvi likely could have become a tablao regular.  Lucky for us though, she hasn’t limited herself to one specific genre.  Flamenco, jazz, classic rock, opera – Calvi draws influence from each, but her resulting combination is uniquely her own.  She may not be the only one who draws from said influences, but to my knowledge she certainly seems to be the best.

Ann Calvi will be available in the U.S. on March 1st on Domino Records

Even in a media-saturated era, these quirky books capture attention through ingenious engineering, clever re-imagining and flat-out fun. There is something about paper that moves that makes our jaws drop.

But not every pop-up book is special. Some just don’t work. Others tear easily. Here are some of the best that are available now:

“Puppy Trouble,” written and illustrated by Alexandra Day, paper engineering by Dennis K. Meyer (Farrar, Straus & Giroux; $16.95; ages 3-6). Day, known for her tales of Carl the dog, helps FS&G make its pop-up debut with a story about a rambunctious Rottweiler pup who, with the help of judiciously placed pull tabs, just can’t stay out of trouble, overturning plants or trailing toilet paper through the house. Toddlers will relate, as will their parents. this web site feed the king

“You Monsters Are In Charge: A Boisterous Bedtime Pop-Up,” by Jill Sardegna, illustrations and paper engineering by Kees Moerbeek (Simon & Schuster; $12.95; ages 2-5). How many monsters does it take to get one baby monster to sleep? Count up to 10 as the gang tries its best. The colorful, pull-down pop-ups are simple enough for even the most awkward preschooler to operate and the monsters are more cuddly than scary.

“The Giraffe who Cock-a-Doodle-Doo’d: A Pop-Up Book,” by Keith Faulkner, illustrations by Jonathan Lambert and paper engineering by BrainWave (Dial/Penguin Putnam; $12.99; ages 4-7). The animals in the jungle wake up with new voices.

“The Monster Who Loved Books: A Lip-Smacking Pop-Up Treat for Book Lovers of all Ages!” by Keith Faulkner and Jonathan Lambert (Orchard Books/Scholastic; $10.95; ages 4-7). A boy discovers a gorilla-like monster who would rather eat books than read them.

“Pizza! A Yummy Pop-Up,” written and illustrated by Jan Pienkowski, paper engineering by Helen Balmer and Martin Taylor (Candlewick Press; $12.99; ages 3-6). What do you feed the king of the jungle for lunch? Pizza, of course, loaded with gross toppings.

“The Princess and the Pea,” adapted by Sarah Aronson, illustrated by Chris Demarest, paper engineering by Bruce Foster (Simon & Schuster; $14.95; ages 4-7). This version of the classic fairy tale has delightful asides and old-fashioned yuks.