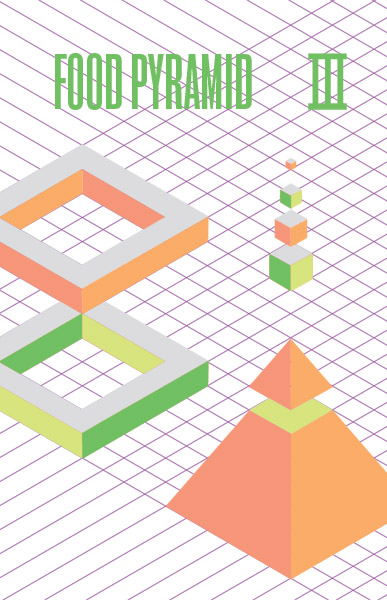 Food Pyramid are back with the third (and final) tape in their three part series for Moon Glyph, the appropriatelytitled III.  The band and label were kind enough to let us debut the song “E-Harmony” a while back on the Current Local Show and now they are officially releasing the first song from the album, the shimmering track “Last Shuttle to the Red Planet.”  After jamming out to the tape for the last few weeks, I can say their sound, which now includes live drums and two additional members fleshing out their electronic soundscapes, is as rich and full as it has ever been.  It is clear the groups has grown as sonic explorers through their always great live show, and III goes to show a group getting better and better each day and one of the most exciting young bands opperating right now in Minneapolis.