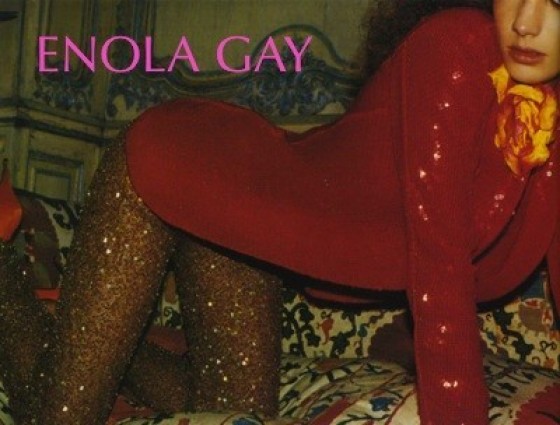 Enloa Gay, the newish group consisting of 2/3rds of former local group Chelsea Boys, are continuing their trend of giving away their new music. We documented the first round, and now the band has dropped three more songs. As was the case with the first batch, there is some similarities to the bands old sound and some new twists. All three are dance floor ready, sexed out to the max electronic pop jams, but each has its own twist. “Clurb” features local rapper Spyder Baybie Raw Dog sounding a little like a computerized Buster Rhymes and singing the hook of “I don’t give a fuck, I just fuck” which falls in line with the mantra of both the band and the rapper. “Medium Cool” features a warped vocal sample that sounds almost like something taken from an Air France track, much more breezy and easy to digest than the groups usual in your face style. “Miami Ice” is a techno driven, bass heavy jam featuring the effect laden vocals of Apeshit, whom I have never heard of before this track. All three are on the bands Soundcloud page, which has been the spot to find the songs they have been releasing as part of their “G.A.Y Friday” series where they are releasing their new music. If you are digging the songs, check out the group tonight on a stacked bill at the Turf featuring Claps, Miami Dolphins and Sleeping in the Aviary.