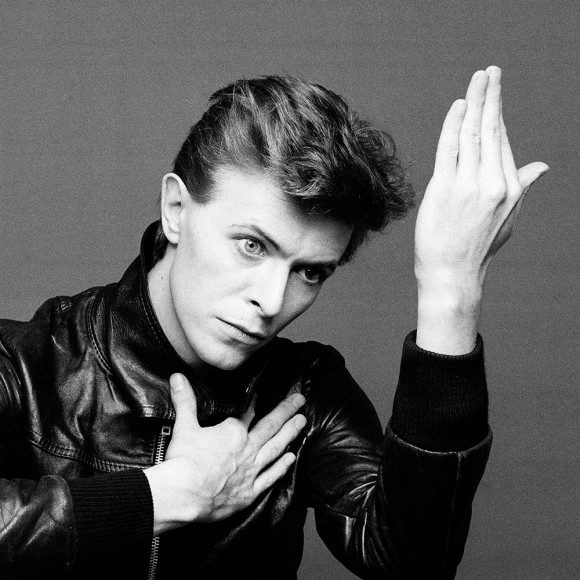 Like music fans across the world, we were pretty gutted to hear about the loss of David Bowie last week. In honor of his amazing life, check out the top songs from the Thin White Duke below as presented by Reviler writers.

My experience with David Bowie is probably not typical. See, I felt like a weirdo when I was a kid, but I was also kind of a humorless little shit. And Bowie, when I was coming of age in the late ’80s, was showy, fashionable, concerned with dancing… and hugely popular, which didn’t jibe with my navel-gazing countercultural sensibilities.

I never latched onto Bowie as a symbol of weirdness done right, probably because I had a solipsistic view that music should be as serious about itself as I was about everything. Of course I had been exposed to hits like “Fame,” “Fashion,” and “Let’s Dance” and because of the popular Bowie, I didn’t look further until much later—and in my humorlessness and youthful naiveté I wasn’t ready for the conceptual weirdness of Ziggy Stardust or even the experimental Bowie of the late ‘70s.

Which brings me to when I did manage to connect.

1.“Black Out” Heroes – 1977
I came to love Bowie’s music only in adulthood, through his connection with Brian Eno and Robert Fripp, who both had their hands all over 1977’s Heroes. Falling in love with Eno’s Another Green World had opened my eyes to rock music that was arresting without being deathly serious about sadness or anger, and my experiences with Fripp’s King Crimson had inspired an appreciation for virtuosity and otherworldly sounds.

It may come as no surprise, then, that my favorite song off Heroes burns from its opening notes with atonal squalls of Fripp’s guitar. His mastery of the instrument’s possible sounds is arresting even 40 years later.

All of Bowie’s best songs presage some future musical trend, and “Black Out” is no exception, simultaneously inventing and outdoing what acts like The Cure would be putting out 5 or 6 years hence. That’s why this track earns my respect above all the others on this visionary record. Although side B is full of great Eno-inspired moments like “V-2 Schneider” and “Neukoln,” “Black Out” is a punch-drunk fever dream of a song, and a perfect representation of what rock music is capable of.

2.“Move On” – Lodger – 1979
This is the sound of Eno and Bowie hitting their stride after spending years together making the Berlin trilogy. Though it’s credited entirely to Bowie on the LP, the song owes a great debt to Eno’s tropes and, with the minimal drum beat, men’s chorus, guitar lines doubled by the piano, etc. Even the basis for the track is a tape of “All the Young Dudes” played backwards—the tape-machine being the instrument of Eno’s virtuosity. What a perfectly strange arrangement.

This is where I admit I’ve never been a “lyrics” man, and it serves me well here, as the sounds made by the words are much more important to the song than the relatively banal lyrics.

3.“Look Back in Anger” – Lodger – 1979
Speaking of a predilection for sound, this song is an absolute embarrassment of ebullient sonic riches. From Dennis Davis’s lights-out amazing propulsive drumbeat (met with equal ferocity by George Murray’s bassline) to Bowie’s deep-breath-then-belt-it-out delivery, this song is basically a bunch of ‘70s session dudes inventing the New Wave Of British Heavy Metal. Kinda sounds like Thin Lizzy, too.

Incidentally, Bowie re-recorded the song in the ‘80s with different personnel and it’s BAD. Don’t. No.

4.“Ashes to Ashes” – Scary Monsters – 1980
And speaking of an embarrassments of ebullient sonic riches and presaging The Cure, here’s one of Bowie’s absolute best, most haunting works. Dennis Davis returns on drums and George Murray’s slappin’ and poppin’ that bass (which is somehow entirely okay in this setting), and Andy Clarke comes through with an excellent outro synth solo.

The lyrics here are as good as the best of Bowie’s career, self-referential, self-deprecating, and wry. Robert Smith seems to have formed most of his mid-career vocal sounds from late-’77-‘81 Bowie, and lots of the wobbly-chorused piano sounds like it was lifted whole-cloth for parts of The Head on the Door.

The arrangement here is like a blanket-filled cradle of synths, bass, and guitar—comfortable and warm, with just enough weirdness to make it “pop.” It’s so perfect they didn’t remaster it with the rest of the album in 1999. If you need a non-Eno entry point into Bowie beyond the hits, this is a great place to start.

5.“Rebel Rebel” – Diamond Dogs – 1974
“…In which our hero simultaneously invented The Clash and Tom Petty and the Heartbreakers with one song.” Like I said above, Bowie’s best songs define the future of music, and though “Rebel Rebel” may not be the first time he did it, it’s the most indelible, simply because the sounds here were blasting from speakers around the world for a decade or more after the song’s release.

That the two acts mentioned above started their careers within two years of Diamond Dogs is not a coincidence. Without Bowie (and his spiritual forbears in T. Rex), most of late-‘70s rock and punk music would’ve been indebted instead to motherfuckers like Jimmy Page and Eric goddamn Clapton.

Thank the Universe for David Bowie. His talent for songwriting, using sound, and bringing together innovative musicians made it possible for his weirdness to find a huge audience, and no music would be the same without him. And thank goodness I managed to find him and appreciate at least a little bit of that weirdness.

1. Queen Bitch
This is probably the closest thing to a perfect rock and roll song that I can think of.

2. Oh! You Pretty Things
This is the other perfect track on Hunky Dory.

3. Sweet Thing
A strange song for its time, I think “Sweet Thing” is still strange today. And beautiful. Its a testament to the depth of the Bowie catalog – not a charting single or even a well known song. But amazing and ahead of its time.

4. Starman
One of last year’s best film moments was in Ridley Scott’s The Martian which sets a montage sequence to this tune. Its an otherwise meh movie. And the montage itself is a bit of a cinematic cliche. But Bowie’s song elevates it to something amazing.

5. Lady Grinning Soul
For some reason I end up liking the last tracks on Bowie’s albums quite frequently. This one is like no other (and like nothing else he wrote).

6. Station to Station
It’s Bowie’s longest song (at 10+ minutes). Listen to this and then listen to the whole album. “It’s too late to be grateful” indeed. .

7. Sound and Vision
I love side two of Low as much if not more than one, but “Sound and Vision” is the record’s best track – and one of Bowie’s greatest pop songs.

8. Teenage Wildlife
I also tend to gravitate to Bowie’s longest tracks. I think this one has some of his best lyricism.

9. Because You’re Young
There are any number of singles I could have chosen that I love as much if not more than this song. But those will likely get plenty of love in coming days. This lesser known gem from Scary Monsters is well worth digging out.

10. Wild is the Wind
It was originally a Johnny Mathis song (of all people) written by Dimitri Tiomkin and Ned Washington. It’s very pretty and sad.

1. “Jump They Say” from the album “Black Tie, White Noise”

1a. Oh! You Pretty Things (Hunky Dory)
Beautiful and propulsive, orchestrated yet lean. Bowie crafting one of those songs that hits me in the gut every single time I hear it.

1b. Life on Mars (Hunky Dory)
These two songs, in addition to the fact that there isn’t a dud on the LP, are why Hunky Dory is and forever will be a top-5 album of all time for me. Hauntingly beautiful.

3. Young Americans (Young Americans)
It was hard to pick which of his “hits” I wanted on the list, as “Rebel, Rebel,” “Changes,” “Ziggy Stardust,” “Moonage Daydream” and countless others cause me to crank up the stereo when they come on, but the anthemic chorus of this song slays me every time.

4. Starman (Ziggy Stardust and the Spiders from Mars)
This song, even more so than the title track of the album it came on, makes me think of Bowie in all his glammed out glory. A song that would sound corny in the hands of others (and has sounded corny in the hands of bands trying to cover it) shows his amazing talents at doing whatever the fuck he wanted and being awesome.

5. Pretty much every song from Heroes, Low and Station to Station
The reason I love his Berlin trilogy so much is that they are complete works. That isn’t to say there aren’t songs that stand out, but whether it is because of the mythology or they actually are that good, they feel so complete that it seems strange to pluck songs from them.