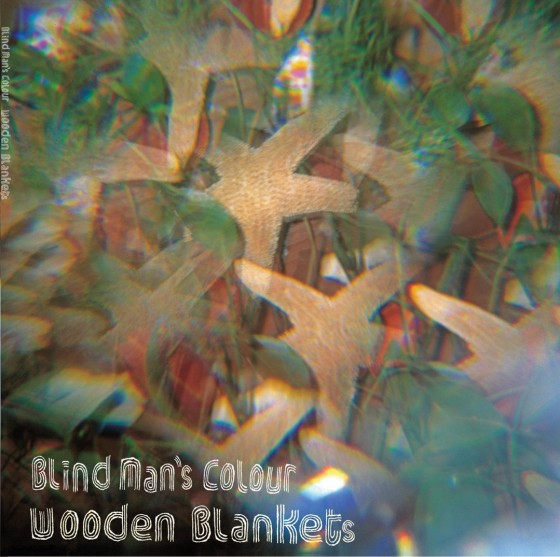 At first it can be a little tempting to dismiss Blind Man’s Colour for sheer ridiculousness.  Their announcement in my email was filled with bizarre and gimmicky sounding anecdotes: “They have been performing in psychedelic bands since age 12!” “They only play shows on the beach!”  “Ed Droste tweeted about them once!”  Such pronouncements do a full trash folder make.  Luckily though, upon actually delving into BMC’s music, I discovered that there is more to this band than just a string of eccentric plot points.

The band’s most recent EP Wooden Blankets (out on Feb. 23rd on Kanine) is a heavily textured, psychedelic ramble – sounding sort of like an Animal Collective album as re-imagined in someone’s home studio/opium den.  The sun-kissed Flroida duo of Kyle Wyss and Orhan Chettri produce melodic dream pop that is squeezed through a sausage grinder of distortion and effects until to listen to it becomes akin to a psychosyllabic experience.   The standout from Blankets is “Never Hope For Treasure,” which features a catchy blissed out keyboard melody with vocals slathered on top that are distorted to the point of being unintelligible.  It is probably better that way though since with song names like “We’re Treehouse Kids” and “Fantasy Coves” I am guessing that these guys’ lyrical content isn’t anything that can’t be missed.

Neverless, for dreamy, drugged-out, semi-instrumental pop music, Blind Man’s Colour is definitely up there in the running.  In terms of quality, it still has some catching up to do to its peers like Animal Collective and Toro y Moi, but the band is still very young and have plenty of time to fill the gap. And for chrissakes, they’ve been playing in psychedelic bands since they were twelve!