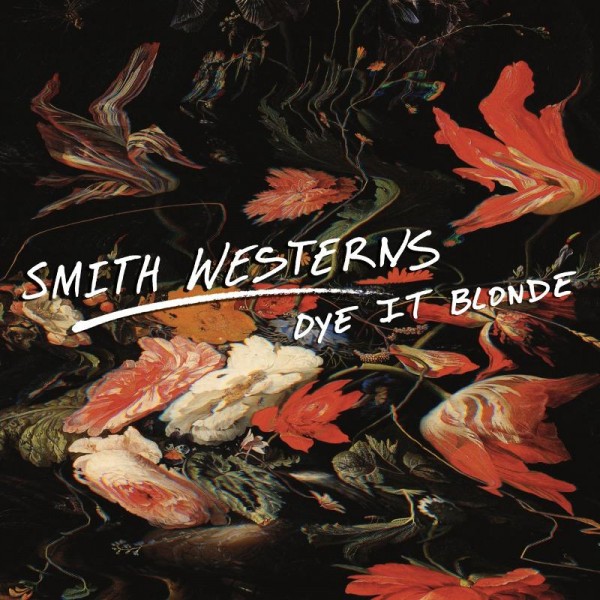 Me and Dye It Blonde are best friends. What can I say? The warm glam-rock sounds on the band’s sophomore effort have struck the right chord in the dead of winter and I have these guys to personally thank. And it has to do with this fact: The young men in Smith Westerns fully embrace the fact they are trapped in the proverbial haze of the Summer of Love. They play a sort of retro/glam-rock revival in the same vein as bands like Portugal. The Man, and they do it well. In a recent interview, they explain how they were heavily influenced by not only 90s power pop bands like Oasis, but by bands found on the psychedelic garage rock compilation Nuggets, a dusty reconstruction of the ‘60s and early ‘70s that showcases underground, all-but-forgotten garage rock acts like The Daily Flash, The Standells, The Rationals, and The Sonics. And it’s this influence that makes their songs, and the record as a whole, so damn enjoyable while at the same time so familiar.

The band’s debut self-titled full length saw the guys playing the scratchy, lo-fi garage rock just the way they always imagined themselves sounding. It sounded like it was recorded in a basement because it was, in fact, recorded in a basement. It didn’t need added flair or production; all it needed guts, catchiness and raw emotion. The biggest difference on Dye it Blonde, however, is the amount of leeway the bands gave for quality and glossy production without sacrificing their young-at-heart swagger. Their melodies and hooks hit just as hard and the songs are just as memorable and catchy, but here they ride on a wave of warm fuzz, each song dazzling and sounding bigger and brighter than the one that came before it. As a whole, these songs are aided by the much-needed space the self-titled lacked. You could thank producer Chris Coady up front, the same guy who has done engineering work for bands like TV on the Radio and Beach House, for fleshing out their sound, but after hearing the finished product, the guys would probably agree that this is how they should have always sounded.

Songs like “Imagine, Pt. 3,” “Only One,” and “Still New,” sway and kick with the T-Rex/Bowie melodic-glam swagger the songs are targeting. Slow-burners like “Dye the World” and “Fallen in Love” encapsulate that odd and troubling feeling of falling in and out of young love and do so with big, swooning riffs that seem to get lost in their loftiness. But then there’s “End of the Night,” the bar-burning track that should become a live favorite with its sing-along chorus. One thing that does worry me is the  work the band has ahead of them. Coming off of their homemade garage sound to this glossier collection may end up being a lot to realize or handle live. However, no matter how well-executed the songs come off on stage, there is no doubt they will be able to deliver on the promise that these song hold: to be fun, youthful and vibrant. This is just a great rock record that is very easy to listen and get into. Fans of the band’s previous work need not worry as Dye it Blonde truly is the superior of the band’s two efforts.