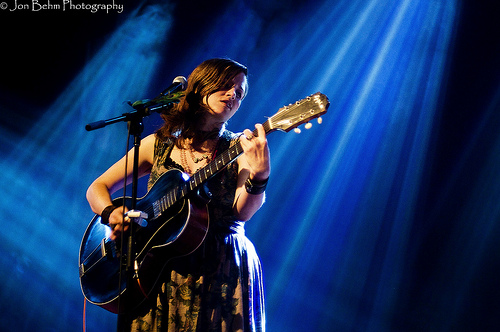 Here’s a new track from country singer/songwriter Jolie Holland off of her forthcoming record Pint of Blood. While I have been hoping that the new record would mark a change in direction for the longtime musician (Holland started out in the Be Good Tanyas) “Gold and Yellow” seems to pick up right where 2008’s The Living and the Dead left off  – with Holland’s staid, pretty, country blues sound.  Hopefully the rest of the album finds her doing a little bit more sonic exploring (wouldn’t mind hearing her following the muse that led her to experiment with jazz on 2006’s Springtime Can Kill You)