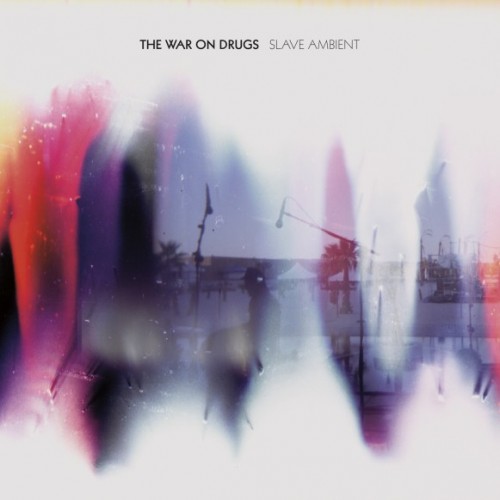 89/100
Adam Granduciel of The War on Drugs makes a certain kind of road-trip music. It’s the kind that doesn’t give a shit about how, when or by what means you got there – it’s just that you got there: from Point A to Point B. It purposefully takes you off the beaten trail, wraps you in a swirling tangle of  jangly reverbed guitar hooks and sends you chugging down lush soundscapes. The third full length from The War on Drugs, Slave Ambient, is constantly unraveling and it’s Americana themes deal with dreams, loneliness, sprawl, hope and despair. It’s the kind of thing that Granduciel has mastered. His nods to contemporary classic rock feel immediately familiar, while wholly new draped in his ambient atmosphere. Above all, Slave Ambient proves to be his finest hour as a songwriter.
Taking and minimally reworking the bulk of the band’s latest Future Weather EP – the reworked tracks are some of the best – Slave Ambient pretty much takes off where that release ended. On the outset, album opener “Best Night” pulls in the listener with War’s signature tangle of warm, driving reverbed riffs before Granduciel’s inviting, crackly vocals take hold. The album is patched together with low-key instrumental tracks – including “The Animator, “Come For It,” “City Reprise, and “Original Slave” – which helps the album flow lucidly throughout into a freewheeling dream. On “I Was There,” Granduciel balladeers like a late-era Springsteen, following the path of a gliding piano and wandering guitar line. On “Your Love Is Calling My Name” and “Come to the City,” two of the album’s finer moments, the band rumbles and shakes with abandoned down vast cascades of open road. The album is capped off with ths swelling “Blackwater,” a track that perfectly concludes the long journey through Slave Ambient.
But, there’s one thing that I continue to not understand about The War On Drugs: why Kurt Vile, a former member and founder of The War on Drugs, continues to grow in popularity despite having the same feel and sound as his former band. Call it criminal – maybe. I just like to call The War on Drugs criminally underrated, which by all accounts they are. (Though I do love both acts equally). Hopefully, with the new album and upcoming tour Granduciel’s band will start to receive the same kind of recognition as Vile. But maybe Granduciel’s journey with The War On Drugs on the road to broader fandom is a lot like Slave Ambient: It’s  never really mattered how you got there, from Point A to Point B, because you’re there now. And that’s all that ever mattered.
-Matt Linden