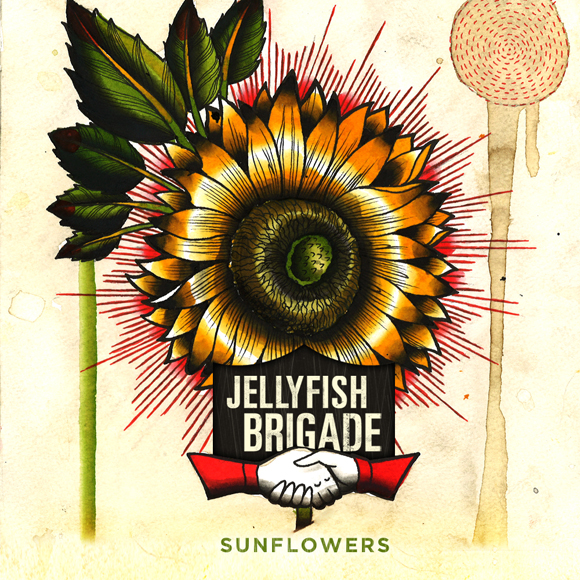 As much as I love me an East coast banger, or a West coast smoke-out, or a Southern-style barbecue beat, there’s something comfortable and satisfying about hip hop made in latitudes conducive to sleet and passive-aggressive, creative-class hipsters. Like, say, Minneapolis or Portland. One of my current favorite underground hip hop groups from the Pacific Northwest is Jellyfish Brigade, a duo I’ve previously compared to Cecil Otter. They released a new single this morning called “Sunflowers” that tows that line between laid-back freshness and half-experimental independent pop. Somewhere between Lazerbeak and Sufjan Stevens, or a combination of Neon Indian and Das Racist. Either way, I’m not doing it justice. Listen/download the song below, and catch their first EP (recently re-released on 1320 Records) over here.