Micachu And The Shapes: Never Review 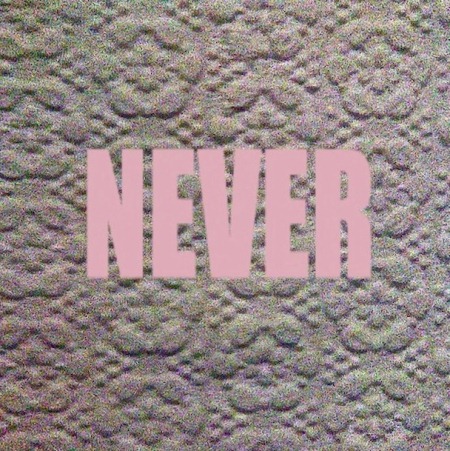 Around three or so odd years ago, UK based experimental artist Micah Levy (Micachu and the Shapes) shared the Cedar Cultural Center stage with the ascendant Merrill Garbus (Tune Yards).  Brian Eno was in attendance, or so the rumors went.  While having dissimilar sounds, both women shared the distinction of being self-producers of experimental pop, each with its own very distinctive, “new” sound.  Three years on and one of those bands has rocketed to fame while the other has remained somewhat obscure.  However, while Levy has only released one record, 2009’s Jewellery, Tune-Yards hit pay dirt with her second LP just last year (Whokill).  And now in 2012, Levy is finally ready with her own sophomore effort, Never.  And while Never isn’t quite as easily consumed as Garbus’s catchy work (though some might argue with that catchiness) it easily contains enough quality tunes to put Levy on a similar track to stardom.

The one catch is that Micachu and the Shapes’ sound also contains quite a bit of dissonance.  It comes in the form of Levy’s rag-tag assortment of self-made instruments and noisemakers.  Never contains banging, sawing, electronic distortion as well as Levy’s omnipresent vacuum cleaner (she would call it a “Hoover”). And despite the racket that assortment might imply, Levy manages to harness it all into a fairly manageable pop sound.  It’s a sound that takes a fair number of left turns, but such as those turns don’t really disturb the equilibrium of melody and noise.  The record starts off with a number of manically-paced tunes that  take fairly repetitive beats and infuse them with lo-fi clamor and Levy’s always somewhat dissociative vocals (in the punk tradition she doesn’t seem to want to sound like she’s trying).

Where the record gets the most interesting, however, is in the back half where Levy both slows things down and plays more outside her established formula.  Beginning with standout “Holiday,” (which sounds like what I could only describe as an “electronic Gamelan pop” sound) side two of Never dishes a welcome helping of variety.  “Heaven,” “You Know” and “Glamour” all tend more towards side A’s sound (the last making notable use of sampling) however with the record’s final tracks Levy allows herself to get a little truly weird.  Dreamy, short pop snippet “Top Floor” probably wouldn’t sound out of place on many other albums, however here it sticks out primarily for the absence of electronic noise.  “Fall” is a tentative foray into slow electronic jazz and “Nothing,” an eerie psychedelic carnival.   The final track “Nowhere” returns again to the album’s comfort zone but seemingly on fast-forward and at times sounds as if the instrumentation was recorded backwards.

As you can probably tell, I am much more of a fan of the record’s backside than its front.  While I like both, the back half seems far more willing to loosen the reins and allow levy to play outside the boundaries of her established modus operandi.  The singles (if there are any – I have a hard time at guessing what pop radio has an appetite for anymore) will likely come from the front – where tunes like “Easy,” can immediately get the toes tapping.  But regardless of whether you are in the mood for pop hooks or experimental forays, Micachu and the Shapes’ Never should have something to offer all tastes.  And that far-reaching accessibility is precisely what could make this project as widely popular as something like Tune-Yards.

Micachu and the Shapes – OK

Never will be available on July 24th via Rough Trade