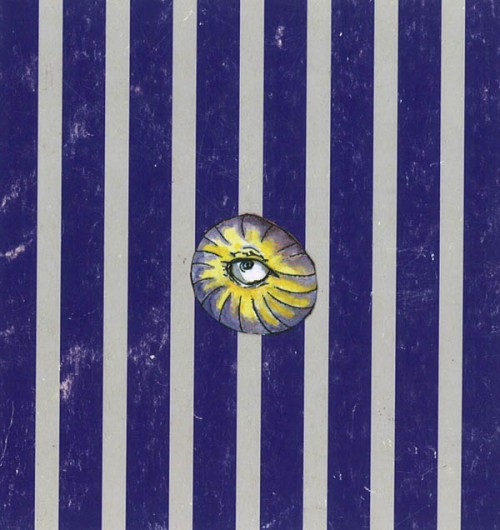 The Twin Cities music scene is enjoying a real renaissance lately – though its a fact that’s easy to miss if you aren’t paying close attention.  The local experimental music community is still off the radar to the point where most of us don’t even realize what a goldmine we are currently sitting on.  But a goldmine it is – even if you don’t count groups that have been around for years, like perennially underrated Skoal Kodiak, its not a stretch to say that newer acts like Dada Trash Collage, Tender Meat, Pawlic, Haunted House (and the list goes on) are our musical future.

Add experimental/noise duo Coral Legs to that list.   Coral Legs is made up of Sam Molstad (formerly Orchard Thief) and Tim Krause.  The pair produces low-fi bedroom recordings of warped, dreamy nature-pop – an aesthetic that’s sonically similar to what Pill Wonder is currently pushing on the West Coast.  It’s a sound that is difficult to nail down but generally involves layered synthesizers, abrasively distorted vocals, and the occasional sleepy tropical beat, all under a heavy wash of reverb.  To put it in perspective though, if you thought Sung Tongs was a challenging listen, then you will probably have a much harder time with Coral Legs.  While I hate to constantly bring up the Animal Collective influence (but they are sort of experimental/noise music’s Pavement) the shadow will always be there.  Unlike many AC doppelgangers though, Molstad and Krause really push the genre’s limits, blurring the line between consonance and dissonance until they overlap.  They aren’t afraid to take their tunes to places that are at times abrasive and bizarre.

Coral Legs recently released a self titled EP that really demonstrates their desire to break through musical boundaries.  While it occasionally flirts with blissed out pop with the tribal-tropical beats behind “Recess” and “Volleyball,” the off kilter, purposely tuneless vocals take the music to another place altogether.    Most of Coral Legs’ vocals involve Molstad and Krause screaming and wailing – never in an intelligible way but almost always seeming to have the specific focus in mind to strip each tune’s prettiness away – to make it more jagged and primitive.  In “Enter the Cave,” for instance, the duo sounds like they are imitating injured whale’s calls. beachcomber jam “Coral Sea Dreaming” is probably the EP’s most aesthetically conventional piece, but even its vocals end up climaxing in a coarse chorus of flat keys.

The result of listening to Coral Legs is oftentimes jarring, but neverless interesting enough to make one want to hear more.  If nothing else it’s a markedly different kind of music than just about anything else in our scene today.  It’s a refreshing dessert after a decade or more of local folk/indie domination, and I believe it’s a precursor to more to come.